White House Defends Biden's Walorski Gaffe, Claims She Was 'Top of Mind' for the President (VIDEO)

The White House is defending President Joe Biden after he asked if Republican Rep. Jackie Walorski was in attendance at a White House event on Wednesday, even though the lawmaker died in a car accident last month.

Biden was honoring the officials who helped to make the White House Conference on Hunger, Nutrition, and Health happen when he got to Rep. Walorski.

“Jackie are you here? Where’s Jackie?”

White House Press Secretary Karine Jean-Pierre was asked about the gaffe several times during her press conference later in the day.

Jean-Pierre repeatedly stated that Walorski was “top of mind” for Biden, but did not apologize or explain his confusion.

NOW – White House says Biden had recently deceased Rep. Walorski “on top of mind” when he was seeking her out in the audience earlier today. pic.twitter.com/BRNix3Y0BY

“The president was naming the congressional champions on this issue and was acknowledging her incredible work,” Jean-Pierre said.

The press secretary ignored questions about if he would apologize to the deceased lawmaker’s family or if the question was part of his prepared remarks.

“I don’t think it’s all that unusual to have someone top of mind, especially as there’s a big event — two big events, today and also Friday — that’s going to occur,” Jean-Pierre said.

When asked why being “top of mind” would make Biden forget that she is deceased, Jean-Pierre said, “I don’t find that confusing.”

REPORTER: “The confusing part is why, if she and the family is top of mind, does the president think that she’s living and in the room?”

KJP: “I don’t find that confusing.”

R: “I have John Lennon top of mind just about every day but I’m not looking around for him anywhere.” pic.twitter.com/pDDercPDEY

“I think many people can speak to sometimes when you have someone top of mind, they’re top of mind,” she continued.

The reporter had responded by saying, “I have John Lennon top of mind everyday but I’m not looking around for him.”

Walorski and three other people were killed in a head-on collision in Indiana on August 3, including her district director Zachery Potts, 27, and her communications director Emma Thomson, 28. The driver and sole occupant of the other vehicle, Edith Schmucker, 56, was also killed in the crash.

At the time, Biden’s administration had put out a statement mourning her death.

At the time, Biden issued a statement mourning her death pic.twitter.com/87QzWUMgdt

“Jill and I are shocked and saddened by the death of Congresswoman Jackie Walorski of Indiana along with two members of her staff in a car accident today in Indiana,” the statement began.

The statement had even acknowledged her work for the White House Conference on Hunger, Nutrition, and Health.

“We may have represented different parties and disagreed on many issues, but she was respected by members of both parties for her work on the House Ways and Means Committee on which she served,” the statement continued. “She also served as co-chair of the House Hunger Caucus, and my team and I appreciated her partnership as we plan for a historic White House Conference on Hunger, Nutrition, and Health this fall that will be marked by her deep care for the needs of rural America.” 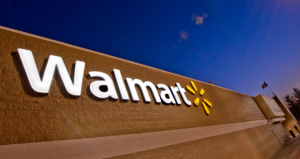 Walmart to Provide 'Fertility and Family-Building Benefits' to Workers