What Happens to Abortion Access If Roe vs. Wade is Overturned

If the landmark case is overturned by the supreme court, the legality of abortion access will become a state issue

Late Monday, a leaked document from Supreme Court Justice Samuel Alito indicated that the nation’s highest court was set to overturn the landmark 1973 case that solidified abortion access in the United States.

The news broke, sending the nation into a mixed sense of concern, celebration, and confusion. Abortion supporters and opponents gathered to protest and celebrate outside the Supreme Court within hours. Tensions have continued to rise since Politico published the leaked document.

There are questions about what will happen to the accessibility of abortion for many. If the court overturns Roe vs. Wade, then access to abortion will be a matter of state laws and regulations.

Axios provided an overview of what may happen if the court’s final opinion matches the leaked document.

Wyoming passed a “trigger law” that would kick in right away if the court completely overturned its precedents, making abortion available only for life-saving measures for the woman.

In late April, Oklahoma state lawmakers passed a bill that would ban abortions if the court “overrules in whole or in part” Roe v. Wade and Planned Parenthood v. Casey.

Florida, Indiana, Montana, and Nebraska appear to be poised to ban access to abortion if the court overturns the precedent, according to an analysis from the Guttmacher Institute, a reproductive rights research organization.

Alabama, Georgia, Iowa, Ohio, and South Carolina may try to restore measures restricting abortion that federal courts blocked after those laws were passed.

Michigan and Wisconsin have abortion bans still on the books that predate Roe vs. Wade, but would need to take steps to re-enact the measures.

In March, Colorado became the latest state to codify the right to having an abortion. Abortion advocates are considering pursuing a ballot measure in 2024 to amend the state’s constitution with a long-standing right to abortion.

In Vermont, lawmakers have advanced an amendment that would protect the right to get an abortion under the state’s constitution.

The final opinion of the Supreme Court is not expected until the summer. Roe v. Wade remains in place until the opinion is signed. Votes and drafts may change up until that point. 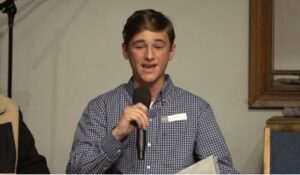