The procedure will now only be allowed in the state in cases of rape, incest, or a medical emergency.

The bill, HB 302, had passed the state’s house and senate on Tuesday.

“Today I signed HB 302 – a bill that protects life,” Governor Justice tweeted on Friday. “I said from the beginning that if WV legislators brought me a bill that protected life and included reasonable and logical exceptions I would sign it, and that’s what I did today.”

Today I signed HB 302 – a bill that protects life.

I said from the beginning that if WV legislators brought me a bill that protected life and included reasonable and logical exceptions I would sign it, and that’s what I did today.

The law went into effect immediately upon being signed, while criminal penalties will begin being enforced in 90 days.

To be eligible for an exception, the mother, if over 18, has to report the sexual assault or incest to a law enforcement agency and the procedure must be conducted before she is eight weeks pregnant. Minors, incompetent, or incapacitated adults will be able to get an abortion within the first 14 weeks of pregnancy.

Treatment for a miscarriage, ectopic pregnancy, intrauterine fetal demise or stillbirth, and accidental or unintentional injury or death of an embryo or a fetus by a medical professional is not considered an abortion under the law.

Doctors who perform an illegal abortion will be subject to having their licenses removed — unless it is a partial-birth abortion, which will be treated as a felony carrying a fine and/or imprisonment for up to two years.

Anyone other than a doctor who performs an abortion, including nurses, doulas, and physician assistants, could also face prison time.

“Any person other than a licensed medical professional, as defined in §16-2R-2 of this code, who knowingly and willfully performs, induces, or attempts to perform or induce an abortion, as defined in §16-2R-2 of this code, is guilty of a felony and, upon conviction thereof, shall be imprisoned in a state correctional facility for a determinate sentence of not less than three nor more than 10 years,” the bill says.

In a statement responding to the bill being signed into law, Planned Parenthood South Atlantic said that the restrictions will be “deadly.”

“This abortion ban will be deadly for the people of our state, just as the pandemic has been, and for Gov. Justice to callously announce the news like this is cowardly and despicable,” said Alisa Clements, Director of Public Affairs for Planned Parenthood South Atlantic. “There is nothing more extreme than a law that strips people of their freedom. The limited exceptions in this bill are so narrow and so tightly restricted that it will make it extremely difficult for people in vulnerable situations — including minors and survivors of sexual assault — to get the care they need. Abortion bans cost lives, and people will be denied life-saving care as a result of this government-mandated trauma.” 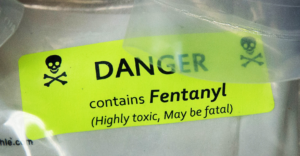