'We Need Them To Pick The Crops Down Here': Pelosi Says Florida Farmers Need Illegal Immigrants

'Some Of The Farmers And The Growers Are Saying 'Why Are You Shipping These Immigrants Up North?' Said The Speaker Of The House

Pelosi was asked about security regarding the southern border during a press conference today.

Pelosi continued: “We have a shortage of workers in our country. In Florida, some of the farmers and the growers are saying, ‘Why are you shipping these immigrants up North? We need them to pick the crops down here.'”

Pelosi: "We have a shortage of workers in our country. In Florida, some of the farmers and the growers are saying 'why are you shipping these immigrants up North? We need them to pick the crops down here.'" pic.twitter.com/uCXgz0AXSB

“I believe that we have to have a secure border. And I think that we are trying to address … the president has a plan to address that,” Pelosi concluded.

“There is a limit to how many migrants any society can take without severe disruption and assistance, and our system is based much more on an assumption that things would be more normal,” said former President Bill Clinton on CNN’s Global Public Square hosted by Fareed Zakaria. “Now, you’ve got the largest number of refugees since World War II because of Syria and now Ukraine and other problems.”

“What’s happening in Venezuela, more than 2 million refugees pouring into first Colombia then nearby countries, has created unprecedented new challenges and meanwhile provides opportunities for stunts like Gov. Abbott’s — sending his refugees to some place that he thinks is advocating for a broad-minded policy that it doesn’t have to live with. And then Gov. DeSantis sending those people to Martha’s Vineyard was amazing. That may come back to haunt him a little bit.”

Renae Eze, a spokeswoman for Abbott, said in a statement to the Washington Examiner:

Washington, D.C. finally understands what Texans have been dealing with every single day, as our communities are overrun and overwhelmed by thousands of illegal immigrants thanks to President Biden’s open border policies. If the mayor wants a solution to this crisis, she should call on President Biden to take immediate action to secure the border — something he has failed to do.

The United States has reportedly experienced a historic 2.1 million border crossings this fiscal year alone with over 200,000 in August. Democratic claims of “sanctuary” cities have been speculated for blame by Republicans, though Democrats have conversely blamed the previous Trump administration for allegedly rolling back legal paths for asylum. Democrats have responded to the border crisis by calling for pathways to citizenship, per Fox News. 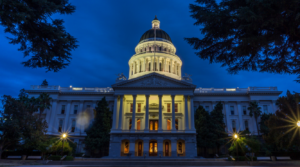