Barely Informed traveled to DC on Sunday to speak to some of the thousands of people who gathered in protest of vaccine mandates.

Speakers at the “Defeat The Mandates: An American Homecoming,” rally included prominent anti-vaccine activist Robert F. Kennedy Jr. and Dr. Robert Malone, who is said to be the inventor of mRNA vaccine technology.

A look around the Defeat the Mandates rally taking place at the Lincoln Memorial. pic.twitter.com/u8oMkD0iLD

The website for the rally described the movement as follows:

Yes, We Believe in the Power of Natural Immunity.
Yes, We Insist on Informed Consent.
Yes to Doctors and Patients Making Decisions Without Interference.

Timcast reporter Elad Eliahu spoke to a Maryland nurse who was fired for refusing to comply with the vaccine mandate and a firefighter from Los Angeles who traveled to DC to participate in the rally.

Additionally, Eliahu spoke to a member of the Jewish community who compared vaccines to the Holocaust, calling it “depopulation.”

The protest remained peaceful and wrapped up in the afternoon without any reported incidents. 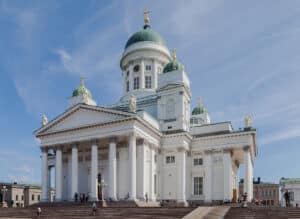 Denmark, Finland, and New Zealand Ranked As Least Corrupt Nations in The World