WATCH: Millions Worth of PPE Rotting in California

While the nations continues to spend millions on COVID response, many resources have been wasted by neglect and misuse

In San Mateo County, California, workers scramble to clean up more than $10 million worth of personal protective equipment left out in the rain to rot for months.

The equipment purchased with tax dollars from California residents has been left in the parking lot of a local civic center for months. The local ABC7 news team recently uncovered the wasted resources and exposed the story.

Proper masks, hospital gowns, and other protective gear have become an essential commodity as the COVID pandemic surges again with the Omicron variant.

Local leadership in San Mateo County was unaware of the improperly stored equipment. They were also unaware that thousands of boxes of PPE had been moved outside and forgotten for months.

Dan Noyes, a reporter for ABC7, received a tip and went straight to the San Mateo County Event Center. Upon arrival, he found thousands of boxes containing all sorts of brand new personal protective equipment soaking in the rain, many broken and spilling their contents into the lot.

While on the scene, Noyes was confronted by a security officer asking him to leave the property. The officer was unwilling to answer why the equipment had been dumped in the parking lot.

Shortly after arrival, Dana Stoehr, CEO of a group that manages the event center, drove through the parking lot to see what Noyes was filming. When asked for comment, Stoehr said the PPE had been “damaged in a previous storm.”

Stoehr would not provide more details, simply stating that the equipment has been “taken care of exactly the way it should have been.”

ABC7 learned the event center moved all that PPE outside in September because it needed the space for hosting a planned event. Storms in October initially damaged the equipment, which had been left outside for weeks.

Mike Callagy, San Mateo County Manager, told ABC7 he didn’t know about all that PPE that’s been deteriorating outside for months until the report.

Callagy ordered city workers to move the equipment back inside to inventory how much, if any, was salvageable. The inventory revealed that more than $10 million in PPE had been damaged, resulting in truckloads being hauled to the local landfill.

The county has promised to correct management issues to avoid further wasting of taxpayer revenues. 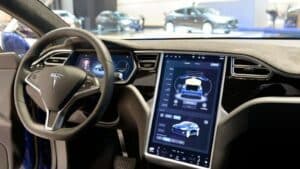 7 responses to “WATCH: Millions Worth of PPE Rotting in California”