'Warnock is a preacher that's for abortion' one voter told Timcast. 'I don't see how you can be a Christian and be for abortion in the first place'

After neither senate candidate failed to clear 50% of the votes, Walker faces incumbent Raphael Warnock in the upcoming runoff election on Dec. 6.

Timcast was on the scene to speak with Walker’s supporters about the candidate’s ability to serve given his time as an NFL player, abortion rights in the Peach State, reactions to allegations that Walker paid for abortions in the past, and who would be a preferable presidential candidate between Donald Trump and Ron DeSantis. 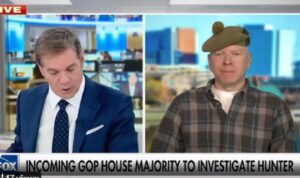