Last week, Missouri Senator Josh Hawley introduced the PROTECT Act of 2022, which aims to protect children from sexual exploitation by enhancing the penalties for possessing child pornography and by preventing judges from sentencing offenders below federal guidelines.

The bill is co-sponsored by Senators Mike Lee, Rick Scott, and Thom Tillis. Representative Ken Buck is introducing companion legislation in the House of Representatives.

Speaking on the Senate floor, Sen. Durbin said, “these guidelines…don’t reflect the reality of today…we now live in a world of internet and access to…thousands of images, if that is your decision.”

“These guidelines…don’t reflect the reality of today…we now live in a world of internet and access to…thousands of images, if that is your decision.” pic.twitter.com/cWovwxPm52

Sen. Durbin argued that the laws were created to address “physical materials,” like video tapes. Since the internet is flooded with images of child sexual abuse, he does not believe that the same punishments should apply.

According to a statement from Sen. Hawley’s office, “the epidemic of child pornography in the United States is growing exponentially. Just over a decade ago, the number of images of child sexual abuse material online was less than 1 million. That number grew to 45 million in 2018, and to 85 million in 2021.”

“By federal statute, judges are required to sentence criminals within ranges set by the federal ‘Sentencing Guidelines,’ subject to some exceptions,” the statement continued. “In 2003, Congress passed the original PROTECT Act to curtail the exceptions—and enhance the penalties—in child pornography cases.”

The bill comes after Sen Hawley and other Republicans questioned Supreme Court nominee Judge Ketanji Brown Jackson on the fact that she has given pedophiles extremely lenient sentences in 100 percent of the child pornography cases that have come before her.

Heritage also found that “Jackson sentenced below what the guidelines recommended in every case in every category. She did so 48 percent more often than the national average for production, 51 percent for possession, and 36 percent for distribution.”

“Those who view and share Child Sexual Abuse Material (CSAM) fuel demand for the sexual abuse of children. Last week’s hearings showed that activist judges will not do their job unless Congress mandates minimum sentences for these violent crimes. This bill would make the law in this area crystal clear: if you view or share CSAM, you’ll go to prison for a very long time,” Sen. Lee said in a statement.

Rep. Buck added, “The confirmation hearings of Biden’s Supreme Court nominee have exposed a troubling leniency on the left and, most surprisingly, on the right for those who commit sexual offenses against children. It’s time for Congress to stand with the victims of these offenses, and to ensure that perpetrators receive the severe punishment these crimes deserve.” 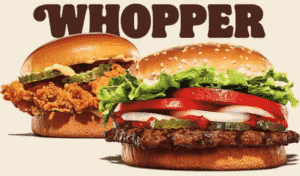