One dad is likely on President Joe Biden’s “naughty list” after throwing in “let’s go, Brandon” during the annual NORAD Santa tracker calls on Christmas Eve.

The phrase became a rallying cry against the president after an NBC reporter at a NASCAR Xfinity Series race incorrectly said that a crowd chanting “f-ck Joe Biden” was saying, “let’s go, Brandon,” in support of the race winner.

The father, identified only as Jared from Oregon, wished the president and first lady a Merry Christmas before tossing out the phrase.

Jill Biden laughed and rolled her eyes after the call.

The president went on to ask, “where’s your home?” but the call had been disconnected.

“I think we lost him,” Biden said.

NORAD allows children and families to track Santa’s location every Christmas Eve as he begins to deliver presents around the world.

“Due to COVID concerns, the NORAD Tracks Santa Operations Center will have fewer phone operators, so callers who do not reach a volunteer will hear a regularly updated recording as to Santa’s current location,” NORAD said in a press release.
*For corrections please email [email protected]*
Share
Next 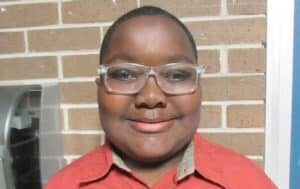