On Thursday, the governor of Washington signed a state bill that prohibits legal action against people seeking an abortion and those who aid them.

The state’s move comes only days after neighboring Idaho approved a bill allowing lawsuits by family members meant to enforce a ban on abortions performed after six weeks of pregnancy.

“We know this bill is necessary because this is a perilous time for the ability of people to have the freedom of choice that they have enjoyed for decades,” said Inslee.

At least 12 states have introduced bills modeled after the Texas abortion ban. The Texas law, Senate Bill 8, empowers private citizens to sue anyone who helps facilitate an abortion after the legal limit.

The Supreme Court is expected to rule on one such case from Mississippi with a 15-week abortion ban. The case could overturn or significantly weaken Roe v. Wade, the 1973 ruling that guaranteed the right to abortions nationwide.

Washington’s new legislation prohibits the state from taking action against an individual seeking to end their pregnancy or assisting someone pregnant in obtaining an abortion. The measure is set to take effect in June.

The measure is in response to a Texas law, which bans abortion after roughly six weeks of pregnancy and makes no exceptions in cases of rape or incest.

The enforcement of the Texas law is left to private citizens, offering $10,000 or more if they bring a successful lawsuit against a provider or anyone who aids in an abortion beyond six weeks.

On Tuesday, Idaho’s Legislature sent Senate Bill 1309 to Governor Brad Little for his final signature. The Idaho law bans abortion after six weeks of pregnancy but includes exceptions for rape, incest, and severe health concerns. The Idaho law allows the father, grandparents, siblings, aunts, and uncles of a “preborn child” to sue an abortion provider for a minimum of $20,000 in damages within four years of the abortion. 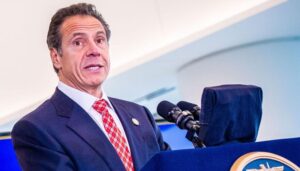