On Saturday, Glen Youngkin, was sworn in as Virginia's newest governor and wasted no time making good on campaign promises

On Saturday, Glenn Youngkin was sworn in as Virginia’s 74th governor.

He was sworn in with the newly elected Lieutenant Governor, Winsome Sears, and Attorney General-elect Jason Miyares. It took place in the Capital of Richmond on Saturday morning.

Youngkin made waves on his first day as the state’s governor. He signed 11 executive actions. Those actions included moving to end Critical Race Theory in public schools as well as making masks optional in schools.

Here is a look at the Executive Orders signed by Virginia’s newest governor: 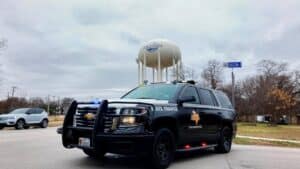