Virginia Beach police used forged documents linking people’s DNA to crimes to get them to confess or cooperate with investigators.

In an announcement on Wednesday, Virginia’s outgoing attorney general, Mark Herring, said that his Office of Civil Rights found that the forgeries were used on suspects at least five times.

Herring said the city’s police department has since changed its policy in the wake of the state’s probe. After an internal investigation, the city said it had ended the practice in May but called the tactic legal.

Herring’s office said that officers used fake reports purporting to be from the Virginia Department of Forensic Science during interrogations between 2016 and 2020.

The AG’s office said the bogus pieces of paper included a seal and letterhead from the state agency. In two instances, the documents had the signature of a fictitious employee from the department. In another example, the AG’s office said a forged report was presented to a court as evidence.

“This was an extremely troubling and potentially unconstitutional tactic that abused the name of the Commonwealth to try to coerce confessions,” Herring said.

While appreciative the practice has been discontinued, Herring said, “this is clearly a tactic that should never have been used.”

WTKR-TV’s crime analyst Rick James said, “The badge is supposed to be a symbol of trust. The findings under this investigation will take a hit on the Virginia Beach Police Department public trust.”

Last year, the strategy was discovered after a prosecutor asked the Department of Forensic Science to provide a certified copy of a document that police falsely claimed came from the department. The AG’s Office of Civil Rights launched an internal investigation discovering the practice of forgery.

The office soon proposed a conciliation agreement to end the practice and reform department policies.

Herring said the Virginia Beach City Council agreed to the changes on Tuesday. The council included an order from the police department mandating that all sworn personnel stop using forgeries in any internal investigation. The council also stated that detectives must acknowledge and commit to the newly issued order. 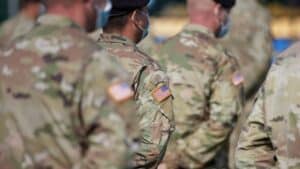