Veteran CBS producer Chris Licht is expected to be named the new president of CNN.

Licht’s appointment to the new position may be announced by Discovery Inc. as soon as next week. He will be taking over a news network that has been a longtime source of news for millions. However, the network has been rocked by scandal among its top ranks in recent months.

Discovery Inc. is completing its acquisition of WarnerMedia, the parent corporation that owns CNN. Federal regulators have already approved the merger of the media companies.

Licht was previously one of the executive producers of “CBS This Morning” and “Morning Joe” at MSNBC. Both were considered great successes under Licht’s leadership.

Licht’s appointment to CNN comes amid a cascade of recent high-profile scandals and a steep ratings decline in its programming.

Licht is set to replace Jeff Zucker, who stepped down in early February after admitting he had not disclosed a romantic relationship with the network’s top marketing executive, Allison Gollust.

Gollust later resigned from the network, as well. The relationship between Zucker and Gollust emerged during an investigation of Chris Cuomo. Zucker fired Cuomo due to the scope of assistance the former CNN host had provided to his brother, the former Governor of New York, Andrew Cuomo.

Andrew Cuomo was being accused by alleged victims of sexual harassment and eventually resigned from his position of leadership in the city.

Zucker was reportedly forced to step down from the network by Jason Kilar, WarnerMedia’s CEO.

Licht is known and respected for creating successful shows around unique and bold personalities. He has been known to create a balanced blend of news and entertainment. Licht helped create MSNBC’s Morning Joe with Joe Scarborough and Mika Brzezinski.

Following success at MSNBC, Licht joined CBS News, where he helped relaunch “CBS This Morning” with Charlie Rose, Gayle King, and Norah O’Donnell. He went on to overhaul “The Late Show with Stephen Colbert” after the show’s first season. 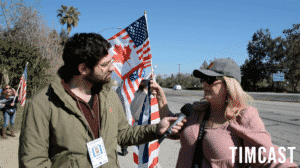