A weightlifter who failed in his efforts to compete in the Tokyo Olympics disappeared from his training camp in Japan and has now been detained in Uganda.

When Julius Ssekitoleko, 20, learned that he did not meet the qualifying standards to compete, he was expected to return to Uganda, his home country.

Instead, he disappeared and evaded the police for nearly a week, leaving behind luggage in his hotel room with a note saying he wished to stay in Japan and work.

“Naoki Fukuyama, an official at the Osaka prefectural police department, said they tracked him via surveillance footage, which showed him taking a bullet train from Osaka to Nagoya, from where he traveled with another man to Gifu in central Japan,” says People Magazine.

He was ultimately found in Yokkaichi City at the home of an acquaintance.

Fukuyama noted, “He is not a criminal … Even though he has violated the Olympic rules, he has no problem doing anything as his visa is valid.”

While addressing reporters with the Japanese ambassador in the Ugandan capital city of Kampala, a junior minister in Uganda’s Foreign Affairs Ministry, Okello Oryem, called the weightlifter a “traitor.”

“This behavior and act is treacherous,” Oryem said.

Ssekitoleko’s legal team told NBC News that upon his return to Uganda, he was taken into police custody even though no charges have been filed.

“This is an unreasonable detention. He is being detained illegally,” said Anthony Wameli, founder and managing partner at Wameli & Co., which represents Ssekitoleko.

NBC reports that “rights groups have repeatedly accused Ugandan President Yoweri Museveni’s government of arresting and detaining people without justification and holding them for lengthy periods without access to fair trials.”

“My son left with the hope of winning an Olympic medal,” Juliet Nalwadda, the Olympic hopeful’s mother, told Kawowo. “Since 12 years [old], he has also been into sports as he first played rugby before switching to weightlifting. We appeal to [the] Government to forgive him for any wrongdoing and also assist us since the wife is due to give birth and they were recently sent away from the family house because of accumulated rent arrears.”

The government and the Uganda Police Force did not immediately respond to NBC’s request for comment. 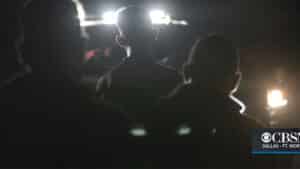