A state high school athletics association secretly investigated a female athlete following complaints from parents of two girls she’d defeated about whether the athlete was transgender.

The Utah High School Activities Association  (UHSAA) and the girl’s high school dug through records going all the way back to kindergarten, ultimately determining the she was indeed female.

School officials did not inform the winning student or her family about the inquiry “to keep the matter private,” The Salt Lake Tribune reported.

The investigation was launched when parents of second and third place finishers filed a complaint with UHSAA after the girl in question won first place in a competition “by a wide margin.”

The athletic association is not revealing the winning athlete’s sport, grade or school to protect her identity.

David Spatafore, a UHSAA spokesperson, told attendees at an Aug. 18 legislative hearing on transgender athletes that the association often gets complaints, including “when an athlete doesn’t look feminine enough,” the Tribune reported.

He also said that the winning athlete and her family were not made aware to protect her, because it might be offensive or embarrassing that someone believed the girl was transgender. He said the parents would have been involved “if needed,” but thought the school was able to make a determination based on reviewing records, according to the Tribune.

“If all of the questions about eligibility were answered by the school or the feeder system schools, there was no reason to make it a personal situation with a family or that athlete,” he said.

Sue Robbins, a member of the Transgender Advisory Council of Equality Utah, raised questions about the incident, stating that UHSAA doesn’t currently have a written policy on investigating student records.

“Where does the UHSAA get their authority to go investigate? Where is it in their policy? If they’re just going to do it when they’re yelled at,” Robbins said, parents might lodge more accusations. “If they’re going to examine a level of records without telling the athlete, they should have a policy behind it. Otherwise, what constrains their behavior?” 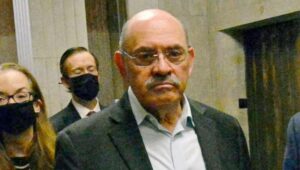