On Friday, the Utah legislature overrode Governor Spencer Cox‘s veto of a ban on biological males in women’s sports just days after he blocked the bill.

The bill was passed on March 4 with strong support, 56 to 18 in the house and 21 to 8 in the senate. However, within hours, Cox said he would veto the bill.

During their sessions Friday, the two chambers took less than 30 minutes to vote on the override, rallying a two-thirds majority in both chambers.

The legislation, House Bill 11, prohibits “a student of the male sex from competing against another school on a team designated for female students,” and defines “sex” as “the biological, physical condition of being male or female, determined by an individual’s genetics and anatomy at birth.”

Cox has shown strong support for a plan to create a commission of experts in Utah to make decisions on individual transgender student-athletes aiming to participate in school sports programs. The panel of experts would develop criteria for participation and evaluate individual cases based on supplied medical information about gender transition, including hormone treatments.

“We care deeply about Utah’s female athletes and our LGBTQ+ community,” Cox wrote in a Facebook post after HB11 was passed. “To those hurting tonight: It’s going to be OK. We’re going to help you get through this. Please reach out if you need help.”

Cox has consistently shown strong support for LGBT issues. In 2019, while serving as Utah’s lieutenant governor, he apologized to LGBT activists for the failure of a proposed bill that would ban conversion therapy.

The Governor expressed strong support of the Fairness For All Act in 2021. The measure, HR5, would have written sexual orientation and gender identity into federal civil-rights law.

Previously, Cox also threatened to veto a proposed measure to ban gender-transition surgeries for minors. That bill, HB92, never made it out of the state’s legislature. At the time, Cox said, “we have to be really careful any time government gets in between doctors and families and patients.” 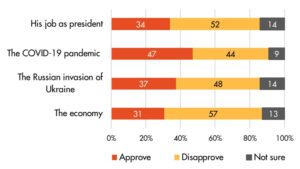