Used car prices have skyrocketed 42 percent since the start of the pandemic.

The average price of a used car in the United States is now $29,011 and experts are agreeing that the prices are unlikely to come down in the foreseeable future.

Much of the inflation comes from auto plants suspending operations at the start of the pandemic to attempt to slow the spread. As people were also staying home and purchasing new laptops and televisions, semiconductor producers also shifted focus from cars to consumer electronics.

The Associated Press reports that “for the first time that anyone can recall, more than half of America’s households have less income than is considered necessary to buy the average-priced used vehicle.”

It’s not just used cars that are soaring in price. New vehicles now average close to $46,000, according to car sale website Edmunds.com.

According to Ivan Drury, a senior manager at Edmunds, the average car payment was $382 five years ago and $413 two years ago. The current average used car payment of $520 is approximately the cost of a new car payment in 2017.

There are currently about one million new cars for sale in the United States, which is about one-third of the normal amount. Prices are expected to remain sky high until the stock goes back up to between two and 2.5 million — which may not be until “well into” 2023 or even 2024, the AP report says. 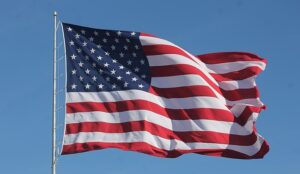