'USDA is committed to administering all its programs with equity and fairness,' said Agriculture Secretary

Photo courtesy of woodleywonderworks. Photo has been modified.

The Biden administration has announced that it will be merging schools’ federal funding for breakfast, lunch, and snack programs with sexual orientation and gender discrimination policy.

The United States Department of Agriculture’s (USDA) Food and Nutrition Service (FNS) stated that it will now interpret “the prohibition on discrimination based on sex found in Title IX of the Education Amendments of 1972, and in the Food and Nutrition Act of 2008, as amended, Supplemental Nutrition Assistance Program (SNAP), formerly the Food Stamp Program … to include discrimination based on sexual orientation and gender identity.”

The policy is pursuant to a January 2021 executive order from President Biden, which stated that “Discrimination on the basis of gender identity or sexual orientation manifests differently for different individuals, and it often overlaps with other forms of prohibited discrimination,” while also urging the heads of agencies within the federal government to  “address overlapping forms of discrimination.”

The new guidelines require that any state or local agencies, program operators or sponsors that receive money from FNS investigate allegations of discrimination based on sexual orientation or gender identity.

Proponents of the rule change have stated that the revised guidelines will assist in the administration’s efforts to promote nutrition security, without respect to race, ethnicity, or identity.

“USDA is committed to administering all its programs with equity and fairness, and serving those in need with the highest dignity. A key step in advancing these principles is rooting out discrimination in any form – including discrimination based on sexual orientation and gender identity,” Secretary of Agriculture Tom Vilsack said in the press release. “At the same time, we must recognize the vulnerability of the LGBTQI+ communities and provide them with an avenue to grieve any discrimination they face. We hope that by standing firm against these inequities we will help bring about much-needed change.”

Opponents note that the rule change will tie billions of dollars in federal funding to the politics surrounding LGBT issues and place undue burdens on schools, students and their families.

Much of that concern stems from policies banning the prohibition of biological males in biological women’s private spaces, as well as the ongoing debate about gender pronouns and whether or not individuals can be compelled to use pronouns they believe to be inaccurate, based on that individual’s personal understanding of biology.

“Under this new demand, establishments that accept any federal food funding, including food stamps, must also allow males who claim to be female to access female private spaces, such as showers, bathrooms, and sleeping areas,” wrote Joy Pullman at The Federalist. “Such organizations must also follow protocols such as requiring staff to use inaccurate pronouns to describe transgender people and allowing male staff to dress as women while on the job.”

According to the USDA, in fiscal year 2020 the National School Lunch Program fed more than 22 million children per day and total expenditures for the program exceeded $10 billion. 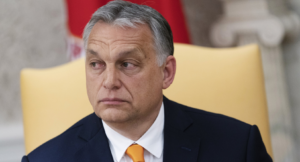