'We are working with countries to think about natural solutions,' which Samantha Power said may in farmers' best interests

On Sunday, Samantha Power, administrator of the U.S. Agency for International Development, appeared on ABC to discuss the ongoing problems resulting from Russia’s invasion of Ukraine.

During the appearance, Power addressed the potential food shortage that could occur due to the supply chain issues in that region.

Power said that her agency had asked the Biden Administration for help to ensure food stability for regions such as Africa in light of the fact that food prices have increased 34% globally. She said the agency is working with farmers across the globe to transition to “natural solutions” — which are, according to her, in their best interest.

During the interview, Power said, “Fertilizer shortages are real now because Russia is a big exporter of fertilizer and even though fertilizer is not sanctioned, less fertilizer is coming out of Russia. As a result, we are working with countries to think about natural solutions like manure and compost – and this may hasten transitions that would be in the interest for farmers to make anyway,”

She then pleaded for Congress to give her agency the necessary aid to meet emergency food needs to avoid the “cascading, deadly effects” facing nations dependent on Russia for agricultural needs.

According to Bloomberg’s Green Markets, Russia accounted for almost one-fifth of 2021 fertilizer exports. Russia is also one of the world’s top exporters of essential fertilizer ingredients such as urea, ammonia, and potash, per Argus Media.

According to Bloomberg, the loss of the Russian fertilizer supply due to sanctions is likely to cause severe strain to crop nutrient supply. Before the war, the supply chain was under pressure as European fertilizer producers reduced output due to surging gas prices and rising freight costs.

In late March, Svein Tore Holsether, the CEO of the large fertilizer producer Yara International, told the Wall Street Journal, “We are going to have a food crisis. It’s a question of how large.”

Others have also expressed concern about a food shortage resulting from the sanctions on Russian supplies.

“Replacing their volumes would take nearly half a decade at the very best, and in some cases prove nearly impossible as Russia is a large source of mineral deposits found in few other global locations,” said Alexis Maxwell, an analyst for Bloomberg’s Green Markets.

An Editorial Board article from the Washingon Post had the following to say about the worldwide food shortage resulting from a culmination of inflation and the ongoing conflict in Ukraine:

“Even before Russia launched a large-scale invasion of Ukraine, the year 2022 was on track to be one of sky-high food prices, food shortages and deep hunger in many parts of the world. Now, there is a massive humanitarian crisis in Ukraine, and the war’s impacts are reverberating around the globe. There is almost certainly not going to be enough food to feed the world this year. The situation is quickly becoming ‘catastrophic,’ with a high likelihood of famine in parts of the Middle East and Africa, warns the United Nations’ World Food Program.” 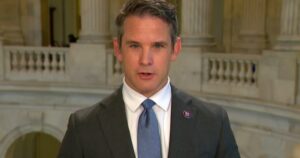