US Senator Tammy Duckworth Visits Taiwan for the Second Time

Her visit was denounced by the Chinese government

This is the politician’s second trip to the island nation, which is regarded by China as one of its territories.

“I do want to say that it is more than just about military. It’s also about the economy,” Duckworth said during a meeting with Tsai on May 31. She emphasized the economic and security ties between Taipei and Washington.

Her three-day trip to the self-governing island was not announced prior to May 30.

“We thank our country’s good friend for the rock-solid support & wish her a productive 3-day visit aimed at deepening understanding on various issues,” Taiwan’s Ministry of Foreign Affairs wrote on Twitter.

“America will not abandon Taiwan,” Duckworth said during the visit according to The Hill.

She added, “We will show up, and not let them face trials and tribulations alone.”

Duckworth previously visited Taiwan with Senator Chris Coons of Delaware and Senator Dan Sullivan of Alaska in June of 2021. The officials announced the U.S. would send 750,000 doses of COVID-19 vaccines to the island.

Her latest visit was denounced by the Chinese government.

“Taiwan is a province of China, and there is no so-called president,” saint Foreign Ministry spokesperson Zhao Lijian, per AP News. “The U.S. government has recently sent a series of erroneous signals on the Taiwan issue… What the U.S. government should do is to put into practice President Biden’s remarks that the U.S. does not seek a new Cold War with China, does not aim to change China’s system … and does not support Taiwan independence.”

Duckworth’s visit comes days after she introduced the Strengthen Taiwan’s Security Act, which would provide military and non-military aid to the Taiwanese government for its defense.

“Taiwan is an important strategic partner for the U.S. in the Indo-Pacific region, and, as China continues its destabilizing policies, I am strongly committed to helping Taiwan develop its military defenses,” Duckworth said in a statement. “That’s one of the reasons I’m proud to introduce this bipartisan legislation that would strengthen our support for Taiwan and provide it with the tools it needs to protect itself from any unwarranted attack.”

Officially, the United States Department of State does not have a diplomatic relationship with Taiwan. To recognize Taiwan as an independent nation would violate the Chinese Communist Party’s “One China” policy and would be seen as an act of aggression.

At a press conference in Tokyo last week, President Joe Biden said the U.S. would militarily intervene if China were to invade Taiwan.

Duckworth is currently seeking reelection. A Democrat and Army veteran, she has called for universal background checks and an assault weapons ban in recent days. She has not addressed her trip to Taiwan on any of her social media channels. 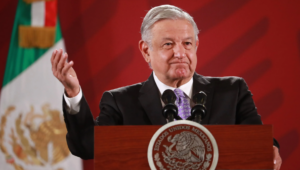