US Postal Service Suspends Service in Santa Monica Amid Violence

'This is an unusual, but necessary step to protect our employees,' said a USPS spokesperson

The United States Postal Service has suspended mail service after multiple incidents of violence toward mail carriers in Santa Monica, California, a city plagued by homeless encampments and violence.

Residents in one neighborhood received notices from USPS informing them of the suspension of delivery service to all addresses located along the 1300 block of 14th Street.

The notice told local residents that “multiple carriers have been subjected to assaults and threats of assault from an individual who has not been located or apprehended.”

“This is an unusual, but necessary step to protect our employees,” she said.

According to a statement issued to Fox News, the U.S. Postal Inspection Service said it “is aware of the recent reports of suspicious activity towards Postal Carriers in Santa Monica, California.”

According to a report by CBS News, Santa Monica has become one of the most unsafe cities in California. The crime rate in the greater Los Angeles area has surged more than 7% in the last month, and Santa Monica has been home to many incidents. According to the statistics provided in the report, more than 42 property crimes and roughly six violent crimes are reported for every 1,000 residents.

As of Tuesday, it is unclear how long the USPS service suspension will last. 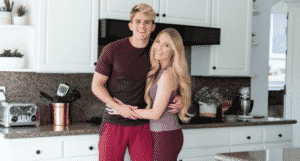