US Officials on China And Russia Hypersonic Tech: 'We're Not As Advanced'

Top U.S. military officials are warning that China and Russia have more advanced weapons than the U.S., which has “catching up to do very quickly” to address the problem.

The warnings come “one week after China successfully launched a missile that circled the globe before striking a target,” Politico reported, adding that “Russia also launched a hypersonic missile from a warship in the Arctic this week, underscoring how quickly Washington, D.C.’s two primary competitors are racing ahead in this technology.”

“We’re not as advanced as the Chinese or the Russians in terms of hypersonic programs,” General David Thompson, vice chief of space operations for the U.S. Space Force, said over the weekend.

“Hypersonic missiles fly at least five times the speed of sound, but their ability to glide on the atmosphere while changing direction at such a high speed makes them virtually impossible — with existing radars — to track and destroy,” Politico explained.

Thompson told Politico that the Space Force is working to “figure out the type of satellite constellation that we need” to track hypersonic missiles.

“It’s a new challenge, but it’s not that we don’t have an answer to this challenge. We just have to understand it, fully design it, and fly it,” Thompson added.

“It should be no surprise to anyone that China is developing capabilities that would be viewed negatively by like minded allies and partners,” said Admiral John Aquilino, head of U.S. Indo-Pacific Command.

According to Thompson, the U.S. “is evolving our approach and our timelines rapidly.”

However, the “bureaucracy that we’ve built into our defense and acquisition enterprise, not just in space but in other areas, has slowed us down in many areas,” Thompson said. “The fact that we have not needed to move quickly for a couple of decades — in the sense of a strategic competitor with these capabilities — has not driven us or required us to move quickly.”

According to Politico, Aquilino said that China’s leader Xi Jinping has announced a plan for the Chinese military to reach parity with the U.S. by 2027, and become the global leader by 2050.

“We should expect capabilities like that to show up, and I think the answer is our system has to be able to respond much more quickly,” Aquilino said.

In July, Rear Admiral Mike Studeman, the top intelligence officer for the East Asian command, said that military officials are comparing the current situation with China to the circumstances leading up to World War II, quoting General Douglas McArthur’s description of it being “too late.”

“‘Too late,’” Studeman said. “Too late in comprehending the deadly purpose of a potential enemy. Too late in realizing the mortal danger. Too late in preparedness. Too late in uniting all possible forces for resistance.”

“We must accelerate the modernization of national defense and the armed forces. A strong country must have a strong military, as only then can it guarantee the security of the nation,” Xi said in a speech celebrating the 100-year anniversary of the Chinese Communist Party. “Resolving the Taiwan question and realizing China’s complete reunification is a historic mission and an unshakable commitment of the Communist Party of China. We must take resolute action to utterly defeat any attempt toward ‘Taiwan independence.’”

In June, experts said that it appeared China is working to “accelerate their modernization programs to develop capabilities to seize Taiwan” by 2027. The following week, the Washington Post reported that China was adding more than 100 new missile silos.

“The 119 nearly identical construction sites contain features that mirror those seen at existing launch facilities for China’s arsenal of nuclear-tipped ballistic missiles,” The Washington Post reported. “The acquisition of more than 100 new missile silos, if completed, would represent a historic shift for China, a country that is believed to possess a relatively modest stockpile of 250 to 350 nuclear weapons.” 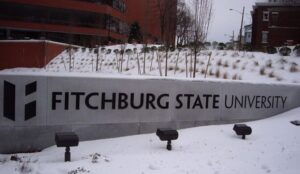