The United States has reiterated its vow to provide military support to Japan and South Korea amid increasing tension with North Korea.

Sherman said the US’s commitment to South Korea and Japan is “ironclad.”

Sherman previously met with South Korea’s Vice Foreign Minister in September to affirm the “ironclad U.S.-ROK Alliance,” “maintaining peace and stability in the Taiwan Strait,” and  “strengthening trilateral cooperation between the United States, the ROK, and Japan,” according to the State Department.

According to Newsweek, the Biden administration has increased efforts to gather intelligence on North Korea and its leader, Kim Jong Un.

“We have been consistently concerned about North Korean provocations, not just because of the accelerated missile launches, for instance, in the last few weeks,” said John Kirby, the National Security Council Strategic Communications Coordinator, on a press call on Oct. 24. Kirby stressed that “what’s inside Kim Jong Un’s head is not known to us.”

“It’s been a consistent concern of ours… which is why several months ago we added some intelligence capabilities off the Korean Peninsula to help us get a little bit better insight,” Kirby added.

In addition to testing missiles on Oct. 3 and Oct. 5, North Korea flew warplanes near its shared border with South Korea on Oct. 6 and Oct. 13. While the planes did not mount an attack, the move prompted concern among both South Korean and American officials.

The US State Department condemned North Korea’s actions and reiterated its intentions to defend its allies, using similar language to Sherman.

“We have assessed that this event does not pose an immediate threat to U.S. personnel or territory, or to our allies,” said the U.S. Indopacific Command in a statement, per CNBC. “The U.S. commitments to the defense of the Republic of Korea and Japan remain ironclad.”

The State Department noted the government of North Korea, the Democratic People’s Republic of Korea, was unwilling to participate in talks.

In addition to discussing potential threats from North Korea, Sherman and Cho discussed the importance of improving supply chains and strengthening each nation’s economic security. 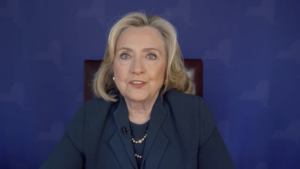