The Debt is described as a "giant red flag for all of us about America's future economic health, generational equity, and role in the world"

The United States national debt has surpassed $30 trillion for the first time in history, according to the Treasury Department.

The US government surpassed the troubling threshold after a continued trend of borrowing and spending due to the COVID-19 pandemic.

The national debt has grown by nearly $7 trillion since the beginning of 2020 alone.

The debt increase is primarily due to the Trump and Biden administrations distributing stimulus payments and taking other measures to support the economy.

According to the Peter G. Peterson Foundation, the $30 trillion debt equals $231,000 per US household and $90,000 per person. This means that if every US household paid a tax of $1,000 per month toward the debt, it would take 19 years to repay the total due.

The massive number includes intragovernmental debt and money the federal government owes to itself through Social Security trust funds.

Over $7.7 trillion is owed to foreign creditors. Japan, China, and the United Kingdom are at the top of the list.

The US government exceeded the $30 trillion debt threshold much faster than anticipated.

In early 2020, the Congressional Budget Office predicted the debt would not reach this level until at least 2025.

Michael A. Peterson, CEO of the Peter G. Peterson Foundation, described the $30 trillion debt milestone as a “giant red flag for all of us about America’s future economic health, generational equity, and role in the world.”

“Our high and rising debt makes us less prepared for the next pandemic, less secure against future adversaries, less resilient to the changing climate, and less able to build the strong and inclusive economy that we all want for the next generation,” Peterson added.

The US national debt is a subject of intense debate in Washington. Republicans and some Democrats argue that President Biden’s $2 trillion Build Back Better Act would cause the national debt to expand even more and negatively impact the nation’s economy.

Democratic Senator Joe Manchin cited the federal government’s “staggering debt” as a critical factor in his decision to Biden’s plans in December. 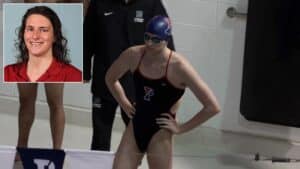