On Jan. 15, Youngkin signed an executive order to allow parents to opt-out of mandatory mask rules for their kids in school. The order officially took effect on Jan. 24.

She also noted that a state law passed over the summer requiring school districts to comply with federal health guidance makes Youngkin’s mask-optional order impossible to enforce, as it delegates authority over such decisions to local school boards.

“The single issue before the Court is whether the Governor, via his emergency powers, can override the decision of local school boards delegated to them,” DiMatteo wrote in her ruling. “On this pivotal point, the Court concludes that the Governor cannot.”

On Friday, Macaulay Porter, a spokesperson for Youngkin, said that the governor vowed to appeal. Porter called the ruling “just the first step in the judicial process.”

We are going to appeal, this is just the first step in the judicial process.

“The governor will never stop fighting for parents’ ability to choose what is best for their children,” Porter said.

The restraining order issued by DiMatteo will remain in force until the seven school boards’ lawsuit concludes.

In an interview Friday, Fairfax County School Board Chair Stella Pekarsky said she is pleased but unsurprised by the judge’s temporary reversal of Youngkin’s order.

Pekarsky said she is “optimistic” the order will ultimately become permanent.

Youngkin issued his executive order on his first day in office. While it took effect on Jan. 24, most Virginia school districts are defying the order by continuing to require masks for all children. 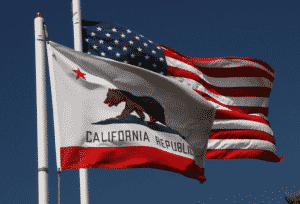