The US Embassy in Moscow is warning Americans with dual citizenship to leave Russia immediately or risk being conscripted to fight in the Russian Army.

On September 21, the Russian government began a mobilization of its citizens to the armed forces.

In a warning posted to their website, the US Embassy in Moscow wrote, “Russia may refuse to acknowledge dual nationals’ U.S. citizenship, deny their access to U.S. consular assistance, prevent their departure from Russia, and conscript dual nationals for military service.”

“Commercial flight options are extremely limited at present and are often unavailable on short notice,” the statement continued. “Overland routes by car and bus are still open. If you wish to depart Russia, you should make independent arrangements as soon as possible. The U.S. Embassy has severe limitations on its ability to assist U.S. citizens, and conditions, including transportation options, may suddenly become even more limited.”

The message also urged Americans to reconsider any travel plans to Russia.

“U.S. citizens should not travel to Russia and those residing or traveling in Russia should depart Russia immediately while limited commercial travel options remain,” the warning said.

The embassy linked to the State Department’s guide for leaving Russia, which also has information on requirements for entering neighboring countries, procedures for travel on expired U.S. passports in some circumstances, and visa requirements for families with American and Russian citizen family members.

“As a result of sanctions imposed on Russian banks in response to the Russian military actions in Ukraine, major credit card firms Mastercard, Visa and American Express announced a suspension of services in Russia,” the State Department explains. “Reports indicate that as of March 10, Mastercard and Visa cards are no longer usable at a wide range of local businesses. Travelers may consider using local credit cards, cash, or other forms of payment, or request that family/friends outside of Russia purchase their ticket. U.S. citizens should take this into account when making their plans.”

Americans attempting to get home will have to fly to Turkey, United Arab Emirates, Qatar, Thailand, India, or one of a number of limited destinations first, as European and North American airspace remains closed to flights departing Russia. 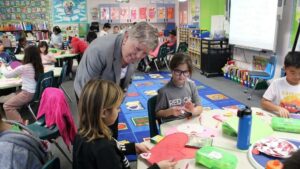