The United States Department of Justice has ruled the suicide of a Capitol Police officer who responded to the Capitol on Jan. 6, 2021 a line-of-duty death.

Officer Howard Lienbengood’s family will now have access to health and financial benefits provided to relatives of officers killed while on the job through the Public Safety Officers’ Benefits Program.

The White House ordered flags be flown at half-staff in honor of the 51-year-old and Brian Sicknick, a Capitol Police officer who suffered a stroke and died of natural causes on Jan. 7 at the age of 42.

“In August, President Biden signed the Public Safety Officer Support Act that made it easier for families of officers who die by suicide to access death benefits,” reports The Washington Post.

The claim is the first granted under the law, which extended benefits to public safety officers – or their surviving relations – who suffer post-traumatic stress disorder or acute stress as a result of other on-the-job experiences.

Patrick Yoes, National President of the Fraternal Order of Police, said the success of the family’s benefit claim signifies a shift in cultural attitude regarding suicide and acknowledges “that law enforcement suicides are service-connected.”

“These mental and spiritual injuries sustained by America’s brave law enforcement officers in the field are real and can be just as disabling or deadly as any physical injury,” Yoes said.  “A death like Howie’s is just as service-connected as any other line-of-duty death and we believe the PSOB’s decision to award benefits to the family is the right one.”

“The determination is significant, healing, relieving, and we are grateful for it,” read a statement released on behalf of Lienbengood’s wife, sister and brother through the Fraternal Order of Police. “We hope the changes to the Public Safety Officers’ Benefits (PSOB) program, which allowed Howie to receive this designation, will serve as a model for other entities that offer similar benefits and recognition. This is an important step in a longer effort to change outdated processes and attitudes.”

“We also hope that this helps other families who have felt the pain of losing a loved one to suicide,” the family added. 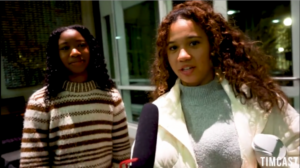