This is the second settlement involving Dr. James Heaps, who was affiliated with UCLA for decades until 2018.

In 2021, a California district court approved a $73 million agreement in claims from former patients.

The settlement, announced Tuesday, reflects the harm and culpability of UCLA. The Heaps case was unique because nearly every woman in the case had seen him for cancer treatment or concerns.

John C. Manly, counsel for many of the UCLA victims, said, “The idea that for 30 years he preyed on these women who were incredibly vulnerable — it shocks the conscience.”

UCLA officials said in a statement that Heaps’s alleged conduct is “reprehensible and contrary to the University’s values.”

The University expressed hope that the settlement would be a step toward healing and closure for the women involved.

“We admire the courage of the plaintiffs in coming forward and appreciate plaintiffs’ counsel’s commitment to resolving the claims,” UCLA said in a statement to the LA Times.

Heaps has been indicted on 21 counts of sexual misconduct by a grand jury and is awaiting trial.

The lawsuits by the women allege that UCLA actively and deliberately concealed the sexual abuse by Heaps. Patients complained of inappropriate touching and comments during gynecologic procedures, with the University taking no direct action.

The total settlement for the women in the case is $243.6 million.

In 2021, USC announced an agreement that brought its total legal settlement of claims alleging misconduct by former gynecologist George Tyndall to more than $1 billion.

“This is the latest in a series of massive, massive, systemic sexual injury of women at academic hospitals,” Manly said when speaking to the latest settlement from UCLA. 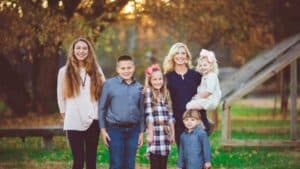