The U.S. Captioning Company released their annual list of the most mispronounced words on Tuesday.

The list, which is in it’s sixth year running, was commissioned Babbel, a language learning platform.

“Newscasters in the U.S. have struggled with 2021′s new words and names while reporting on key sporting events, viral internet trends and emerging celebrities,” Esteban Touma, a standup comedian and teacher for Babbel Live, told the Associated Press.

“As a language teacher, it’s always interesting to see that some of these terms are usually new colloquialisms, or are rooted or borrowed from another language,” he said. “As a non-native speaker, I must confess it’s fun to see English speakers stumbling a bit for a change.”

The list of some of the year’s most common mispronunciations is as follows: 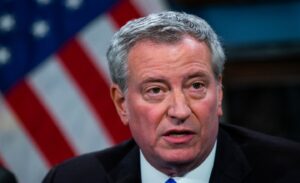