The diary was turned over to law enforcement by Project Veritas

A man and woman from Florida have pleaded guilty to charges relating to a scheme to sell the diary belonging to President Joe Biden’s daughter, Ashley.

Aimee Harris, 40, and Robert Kurlander, 58, pleaded guilty to conspiracy to transport stolen property across state lines. Both could be sentenced to up to five years in prison.

Harris, who lives in Palm Beach, reportedly found the diary while staying in the room at the home of a friend of Ashley Biden in Delray Beach in September of 2020. The First Daughter had moved out of the home in the spring of 2020 and had stored several items in the room in addition to the diary.

Harris then reached out to Kurlander, who offered to help her sell the diary for a “ton of money.”

The pair initially tried to sell the diary to someone affiliated with President Donald Trump’s campaigns but were rejected. Harris and Kurlander then reached out to the undercover media organization, Project Veritas. Project Veritas financed their travel to New York and then agreed to pay $10,000 for the diary and a digital device with family photos and reportedly told the pair that they would be paid additional money if they could bring additional items from the room that would help authenticate the diary.

Prosecutors say Kurlander texted Harris “They are in a sketchy business and here they are taking what’s literally a stolen diary and info” after the meeting with Project Veritas, reports AP News.

Neither Ashley Biden nor Project Veritas was named in the statement released by the Department of Justice.

“Harris and Kurlander stole personal property from an immediate family member of a candidate for national political office,” said U.S. Attorney General Damian Williams, who was appointed by President Joe Biden. “They sold the property to an organization in New York for $40,000 and even returned to take more of the victim’s property when asked to do so. Harris and Kurlander sought to profit from their theft of another person’s personal property, and they now stand convicted of a federal felony as a result.”

“As they’ve admitted with today’s pleas, the defendants conspired to steal an individual’s personal property, which they subsequently sold to a third party and delivered across state lines,” said FBI Assistant Director Michael J. Driscoll.

The DOJ contends Project Veritas ultimately paid Harris and Kurlander each $20,000. Both had to forfeit that amount under the terms of their plea agreements.

James O’Keefe, the founder of Project Veritas, has said his organization’s conduct regarding the diary was ethical and appropriate.

“Like any reporter, we regularly deal with the receipt of source information and take steps to verify its authenticity, legality, and newsworthiness. Our efforts were the stuff of responsible, ethical journalism and we are in no doubt that Project Veritas acted properly at each and every step,” he said in a November statement, per The New York Post.

“A journalist’s lawful receipt of material later alleged to be stolen is routine, commonplace and protected by the First Amendment,” Project Veritas said in a statement on Aug. 25. 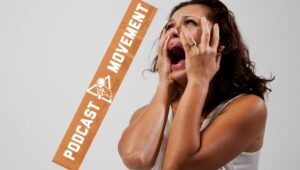