In the roughly 45-minute audio clip, various employees, alongside CEO Parag Agrawal, can be heard expressing their views of the day’s events and concern over what may be ahead for the company under Musk’s leadership.

Accompanying the CEO was Board Chairman Bret Taylor, who assisted in answering questions about the Board’s decision to accept Musk’s offer.

Taylor opened the meeting with gratitude for employees who had endured the long and emotional few weeks during which Musk’s offer was in the public eye.

Taylor told employees that the Board was required and compelled to adhere to the fiduciary duties of the company under Delaware corporate laws. Under those laws, the Board was able to make a unanimous decision to accept Musk’s offer.

Agrawal took over the meeting following Taylor’s comments. He addressed concerns about the future of the company and said the transaction could take six months or longer to be completed. The CEO noted that he would continue to operate the company as usual and would be present to help employees make the most significant impact.

Agrawal addressed concerns over payroll and employee compensation. He noted that once the deal with Musk closed, employees who have stock benefits would receive a cash payment based on their respective employment agreements.

Agrawal then addresses the emotional state of the company’s employees. He called the week’s events “unprecedented” and noted that Twitter had always been an “outlier.” He said that the best thing employees could do would be to “support each other, to operate as one team, whether or not we feel the same way about what is happening.”

Following Agrawal, Leslie Berland, the company’s Chief Marketing Officer, helped field questions for the company’s employees. When asked about upcoming changes at Twitter, Agrawal responded, “I have been in this role for four months, and I have been talking about positive change in the company.” He promised employees that things would remain the same until the deal closed. After that time, Agrawal said they would have “Musk come in and answer questions for the team.”

A question was asked about the impact of Musk’s acquisition on the company’s Diversity and Inclusion goals. Agrawal responded by saying that “Twitter is at its best when all diverse voices in the world feel safe to engage in the public conversation. That is what drives us to have a diverse workforce.” He said that it was his goal to maintain diversity and representation for the sake of empathy for all users and noted that it “would not change.”

Another employee asked board Chairman Bret Taylor, “How did we go from the ‘poison pill’ to this so quickly?”

Taylor noted a misconception over the deployment of the Shareholder Rights Agreement and said the media had made a bigger deal of the Board’s actions than necessary. He said the use of the tactic “enables the Board to sort of have control over the process to make sure that we can do our fiduciary duty.” He also said the action gave them time to make sure they protected the shareholder’s interest and noted just a few of the media articles “got this right.”

Taylor said that “the Board believes this transaction is really [the] best path forward for Twitter’s stockholders.”

When Agrawal was asked about potential layoffs, he said there were no plans for any such movement inside the company at the time.

He noted that the plans and focus on driving “positive change” would not differ moving forward.

Agrawal addressed the change and news as a “period of uncertainty” and acknowledged that there were varying views of the events within the company. He noted it was essential to continue to “operate as one team” and vowed to keep open communications in order to maintain transparency.

In response to a question about the Board’s position after the company goes private, Taylor said, “the Board would no longer exist.”

Agrawal was then asked if there was any update to the meaning of “free speech.” He responded: “I think we all know what free speech means.” He noted it was not about an update to that and said he was trying to “read the question behind the question.” He said this was a question of where the company’s product would go as a private entity. He said they would have answers to this by engaging Musk in a company question-and-answer session to collaborate on his objectives and the company’s progress.

When asked “what’s in this for our users?” Agrawal noted that it was about continuing the company, producing the best product, and releasing updates that improve user experiences.

The meeting then shifted as an employee asked if former President Donald Trump would be allowed to return to the platform. Agrawal said that “when the deal closes, we do not know what direction the company will go.” He noted that he would need to discuss such issues with Musk and inform him of why Twitter had made certain decisions.

In a series of other questions regarding Musk’s focus moving forward, Agrawal said he did not know all of Musk’s beliefs and could not speak to his plans for the future.

Another question was posed to Taylor, asking, “who will keep Musk accountable and how?” Taylor said that a private company was run differently than a public company and that changes would occur in the company’s governance.

Agrawal addressed the Trust and Safety team’s concerns over its future at the company. The CEO said that it was a fundamental focus of the company and that there was a lot more work ahead in maintaining the ability of the company to filter information, remove manipulation of users, and the need to continue to evolve the product’s public trust.

Agrawal was asked why he trusted Musk in the leadership role. He told employees that the trust began during conversations about inviting Musk to the Board. Since that time, he said he’s considered Musk’s comments about wanting Twitter to be a “powerful force for good in the world.” He stated that Musk “believes Twitter matters” — a shared value between Twitter’s leadership and Musk, calling it a “shared plight” even if not all views align. He encouraged employees to keep an open mind.

Concerns were expressed about what happens to employment and job security after the deal closes. Agrawal said as they spend time with Musk between now and the closure, they would continue to inform employees of any changes.

Taylor was asked if an absolute value was delivered to shareholders when the stock reached a former high of about $70 when the sale was accepted at $54.20 per share. He responded that the Board felt the offer was the best option for shareholders in an uncertain financial atmosphere of the nation’s economy.

Agrawal closed the meeting by saying that Twitter’s strength will continue if the company operates as “one team” in the face of uncertainty. 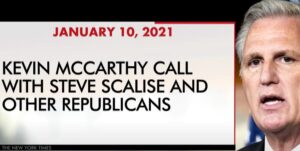