On Thursday, Twitter’s CEO Parag Agrawal held an “all-hands” meeting with the employees to answer questions after news broke that Elon Musk had bid to buy the social media giant outright.

According to a report by The Verge, the meeting opened with music before a roughly 25-minute question and answer session. During the session, Agrawal spoke to the concerns of many of the employees inside the Twitter employee base.

The CEO did not give details of the direction the Board might take concerning Musk’s offer. According to the anonymous employee, this left many employees in attendance quite frustrated. Agrawal stated that the Board was making a “rigorous” review of the offer and the options available.

Reuters reported that one employee asked how Twitter decided to offer Musk a board seat.

“Are we just going to start inviting any and all billionaires to the board?” according to an excerpt heard by Reuters.

Agrawal responded, “I have a strong point of view that people who are critical of our service, their voice is something that we must emphasize so that we can learn and get better.”

One employee questioned how the company’s leadership viewed Musk’s definition of free speech and how it might align with Twitter’s approach to the concept.

Agrawal said Twitter’s work was simply focused on constantly enhancing “the health of conversation” on the platform.

Most notably, Agrawal told employees that the company was not being “held hostage” by Musk or his bid to purchase the company.

He went on to encourage Twitter’s employees to remain focused and said, “We as employees control what happens.”

The meeting occurred after a reported meeting by the company’s Board just hours prior, as they reviewed the more than $40 billion offer from Tesla’s founder and CEO.

Earlier in the week, after Musk declined a seat on the company’s Board, Agrawal released a statement in which he said: “There will be distractions ahead.”

Just over a day since Musk’s offer to purchase the social media platform, it remains to be seen what actions the company’s Board will take. 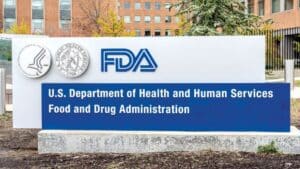