On Thursday afternoon, Twitter’s Board of Directors met to consider the cash offer by billionaire Elon Musk to purchase the company in a bold move he says is essential for the “continuation of free speech.”

According to multiple reports, the Board of Twitter met at 1 pm EST today and then held an “all-hands” meeting with employees at 5 pm EST. Early reports from the day’s events indicate the Board has not reached a decision.

One source reported that Parag Agrawal, Twitter’s CEO, told employees that the Board was undergoing a “rigorous process.”

The day proved eventful for Musk and those monitoring the potential buyout proposal.

During the company’s Board meeting, Musk was inundated with questions in an event held at TED in which Chris Anderson interviewed him.

Musk was asked about his ability to close the deal, to which he stated he has the assets to do so — even if he had to pull “funding from Tesla.”

Anderson asked him if there was a “Plan B” for the purchase, to which Musk responded, “There is.” He indicated that he had been approached by outside sources interested in providing funding for his acquisition of Twitter.

The interview gave insight into Musk’s motivation for purchasing Twitter and changing the direction of the social media giant.

“My strong intuitive sense is that having a public platform that is maximally trusted and broadly inclusive is extremely important to the future of civilization,” Musk said during the interview. “I don’t care about the economics at all.”

.@elonmusk Today During Ted2022 On Why He Is Offering to Buy Twitter

“My strong intuitive sense is that having a public platform that is maximally trusted & broadly inclusive is extremely important to the future of civilization.”

“I don’t care about the economics at all.” pic.twitter.com/AxYsHEPY68

Musk said transparency was his focus to ensure there was no “behind the scenes manipulation” that would impact the power of free speech for users.

Q: Why offer to buy Twitter?@elonmusk: "Twitter has become kind of the de facto town square, so it's really important that people have both the reality and the perception that they're able to speak freely within the bounds of the law."

Elon Musk defined his view of a “healthy free speech situation” as the ability of “someone you don’t like to be able to say something you don’t like.” While he admits it can be “annoying,” he said it is essential for the continuation of such freedoms.

NOW – Elon Musk says free speech is when "someone you don't like is allowed to say something you don't like." pic.twitter.com/S2qJ9xBdLf

Early Thursday, Elon Musk made an offer he called his “best and final” to buy Twitter, saying he could unlock its full potential. Musk also said that he might have to “reconsider” his investment in the company if the offer is not accepted.

In Thursday’s filing with the SEC, Musk offered to purchase the entirety of Twitter for a premium on the company’s traded values — $54.20 per share.

Musk tweeted later in the day that he intended to “keep as many shareholders in privatized Twitter as allowed by law.”

The filing states that Musk’s proposal is “to acquire all of the outstanding Common Stock of the Issuer not owned by the Reporting Person for all cash consideration valuing the Common Stock at $54.20 per share.” The offer is “a 38% premium over the closing price of the Common Stock” on the day before Musk invested in Twitter.

Additionally, the filing states that Musk intends to delist the company from the New York Stock Exchange and “take it private,” he wrote.

The filing says that Musk has no intention of selling any of his current position in the company and will continue to reserve his right to invest more in the future and interact with the company’s Board and strategic operations.

The move was met by many critics throughout the day, including shareholders inside the company.

Saudi Arabian Prince Alwaleed Talal expressed on Twitter that he did not endorse the sale to Musk. However, Prince Talal’s Kingdon Holding Corporation, a private equity firm, is a minority shareholder, coming in under 40th in an equity stake.

Musk responded by challenging the Kingdom’s stance on free speech and asking the Prince how much equity the Kingdom owned. Based on public filings, the Holding Corporation is not part of the top 40 shareholders for the company. 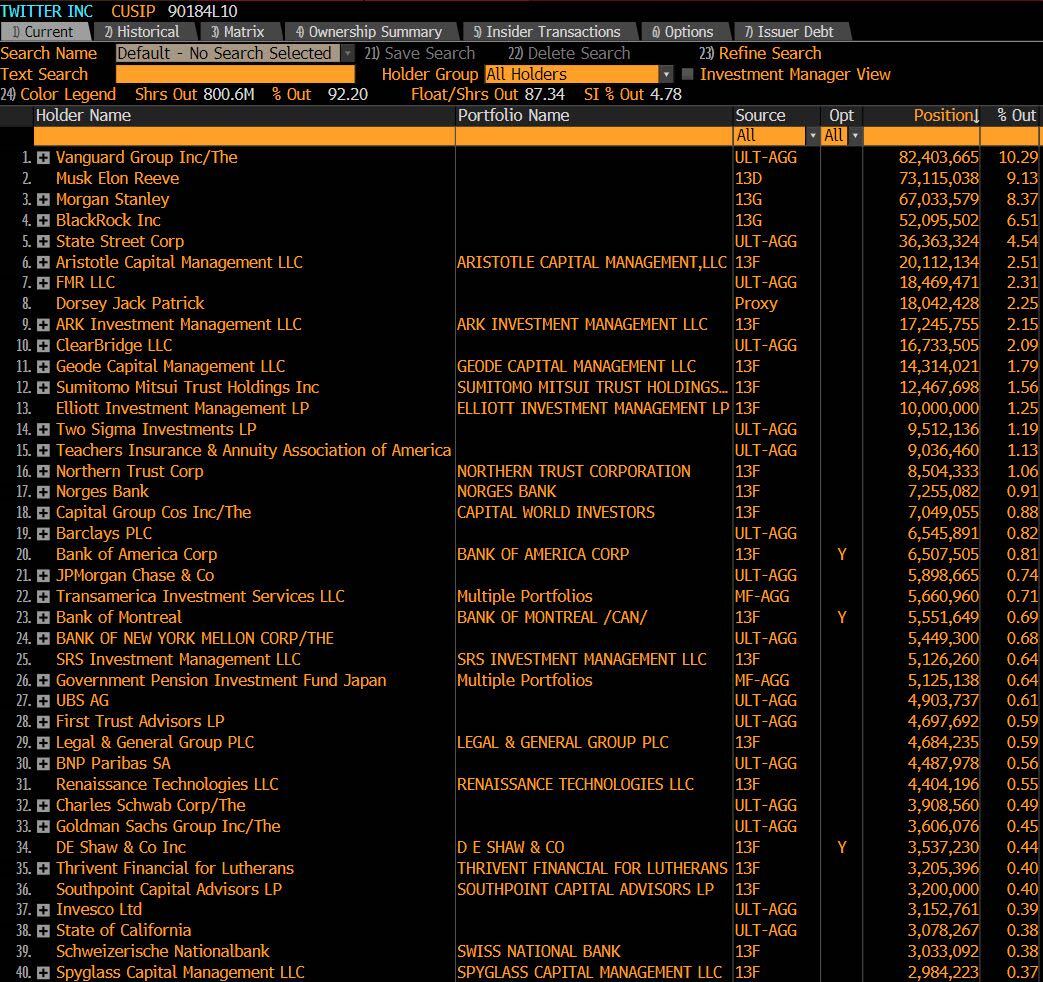 After the market closed on Wall Street Thursday, Musk took to Twitter to ask for public opinion on the deal. He posted a poll asking if people believed that taking the publicly traded company private at $54.20 per share should be a decision of the Board or a decision of shareholders. Currently, with about one million responses, the overwhelming majority believe that all shareholders — not just the Board — should make the decision.

Taking Twitter private at $54.20 should be up to shareholders, not the board

Elon referred earlier to a “Plan B” if the Board rejected his bid, and his poll on Twitter may be a glimpse into that divergent plan.

Agrawal said earlier this week “there will be distractions ahead.” Today proved to be a distraction from what may be considered a typical day for Twitter, its shareholders, and employees.

Musk’s move was met with praise and support for his initiative to protect a platform centered on free speech.

Florida Congressional candidate, Dr. Willie J Montague, said that he could “admire” anyone who would spend $41 billion on free speech.

Veteran venture capital investor, David Sacks, posted on Twitter that if Musk were unable to purchase the company, it would be evident “how deep the corruption goes.”

If the game is fair, Elon will buy Twitter. If the game is rigged, there will be some reason why he won’t be able to. We’re about to find out how deep the corruption goes.

As the Board considers Musk’s offer, the question has been raised about the fiduciary responsibility of its members. According to Board Source, “Fiduciary duty requires board members to stay objective, unselfish, responsible, honest, trustworthy, and efficient. Board members, as stewards of public trust, must always act for the good of the organization, rather than for the benefit of themselves.”

Musk said on Twitter, “If the current Twitter board takes actions contrary to shareholder interests, they would be breaching their fiduciary duty. The liability they would thereby assume would be titanic in scale.”

If the current Twitter board takes actions contrary to shareholder interests, they would be breaching their fiduciary duty.

The liability they would thereby assume would be titanic in scale.

The world is still awaiting a signal of acceptance or denial of Musk’s offer. 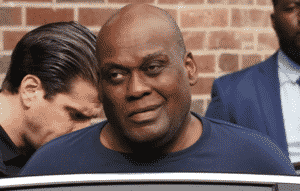