Twitter shareholders voted to approve the sale of the company to Elon Musk for $44 billion.

However, the sale cannot be finalized until Musk’s lawsuit against the social media company is resolved.

Musk has attempted on several occasions to terminate the deal and in his lawsuit says Twitter violated the terms of their purchase agreement by not being forthcoming with documents and information related to how many of the platform’s users are spam or fake accounts.

The company has asserted that not more than five percent of its user base is comprised of spam bot accounts. Musk has issued public statements on the platform saying as many as 90 percent of the comments in response to his posts are bots.

And 90% of my comments are bots 🤖 pic.twitter.com/A7RKyNJZoR

In July, a judge ordered the company’s counter-suit to proceed in October with a five-day trial.

The acquisition votes to complete the platform’s sale were cast on Sept. 13, the same day Peiter Zatko, Twitter’s former head of security, testified in a congressional hearing investigating major security lapses within the company.

Zatko told members of the Senate Judiciary Committee that the company misled shareholders, lawmakers, and the public, and that Twitter executives “prioritize profits over security.”

His testimony revealed that roughly 4,000 employees — half of the company’s entire staff — have access to sensitive user data, including phone numbers, addresses, and real-time location data.

Zatko also told congressional leaders that he knew of multiple agents of foreign governments that have been embedded in the company, with full access to user data.

A judge has ruled that Musk is allowed to use information provided by Zatko in the trial, which is set for Oct. 17. 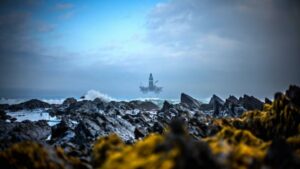