Twitter has launched a new version of the platform for Russians to access the platform and bypass the country’s restrictions.

The new version is available on Tor, often referred to as the “dark web,” and uses a .onion service instead of a .com web address. Onion services can only be accessed by using a Tor browser, which can get around national web blocks.

“Regular websites, including Twitter.com, are also accessible on Tor, but the .onion versions are made specifically for Tor and prevent the site from being spoofed by malicious actors,” the Associated Press notes.

It means everyone everywhere can reliably and securely access Twitter, regardless of what their governments have decided they should be allowed to view on the internet.

Software engineer Alec Muffett announced the new service on his Twitter account, saying it “is possibly the most important and long-awaited tweet that I’ve ever composed.”

I’m delighted to have assisted @Twitter engineers in their adoption of #OnionServices & #OnionNetworking from @TorProject — providing greater privacy, integrity, trust, & “unblockability” for people all around the world who use @Twitter to communicate.https://t.co/LlkXyJJOiB pic.twitter.com/7waJ4ZWm4s

From past experience with the Facebook and BBC Onion sites, any sufficiently large announcement leads to a load-spike, and given that @TwitterSafety has 3.6 million followers it would not be wise in a time of global crisis.

The Twitter and Facebook Onion Sites, as well as others such as the New York Times, BBC, Deutsche Welle, Radio Free Europe and others, are documented on the #RealWorldOnionSites page at:https://t.co/cmmPQZzo41

Muffett explained that he led the team that launched the Facebook onion in 2014 and that there had been “occasional conversations re: ‘an onion for Twitter’ ever since.” He also noted that he is not a Twitter employee, but helps large companies that want to adopt onion services. 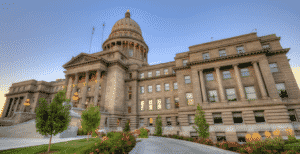