After much speculation, it appears the company's Board remains receptive to Musk's offer to purchase the social media giant

According to a report by the Wall Street Journal, Elon Musk and the Board of Twitter met Sunday to discuss his most recent offer of $46.5 billion to purchase the social media company.

The Wall Street Journal said that Twitter’s executives were still trying to assess the company’s value before agreeing to any sort of deal with Musk. It is unclear the exact details of Sunday’s meeting, but it appears the company’s leadership is more receptive to the deal than initially thought.

According to an early report on Monday by Reuters, Twitter may announce the $43 billion deal later on Monday once its board has met to recommend the transaction to Twitter shareholders. It is always possible that the deal may not be finalized. However, Twitter has not secured a shopping agreement to explore other top bidders, and would need to pay Musk a break-up fee if they took such action.

Twitter is scheduled to release its first-quarter earnings on Thursday, and there is some speculation that the Board will have more to say about the deal then if no announcement is made on Monday.

Attention was heightened last week as Musk made a public bid to outright purchase the company in a $46.5 billion cash offer. In a filing with the SEC, Musk disclosed that he was putting over $21 billion of his own money into the deal and had secured financing for the remaining balance of the offer.

However, the updated offer was extended after Twitter’s Board decided to adopt the so-called “poison pill” method, technically known as a Shareholders Rights Agreement, to stop Musk’s bid to purchase the company. The move is a common tactic employed by companies to end the prospect of a hostile takeover.

The letter focused on the platform’s intentions to support first amendment rights and its supposed suppression of free speech for users.

“Decisions regarding Twitter’s future governance will undoubtedly be consequential for public discourse in the United States and could give rise to renewed efforts to legislate in furtherance of preserving free expression online. Among other things, the Board’s reactions to Elon Musk’s offer to purchase Twitter, and outsider opposition to Musk’s role in Twitter’s future are concerning,” the letter stated. 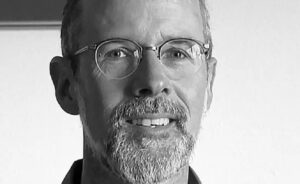