Joe Kent: 'I'm honored...breaking free from the political labels that divide us'

Former Hawaii Representative Tulsi Gabbard has made her first endorsement since announcing that she would be leaving the Democratic Party.

Tulsi Gabbard has endorsed Joe Kent, a veteran and Trump-backed candidate in Washington, for election to Congress.

In a video released by the Kent campaign, Gabbard attacks the open borders policies of President Biden, Speaker Nancy Pelosi, and Democratic National Committee Chairman Tom Perez before presenting the Washington candidate as a part of the solution to the problems — drug epidemics and soaring crime — she says they created.

“My friend Joe Kent is a fighter he’s dedicated his life to ensuring the safety, security and freedom of the American people and our country,” she said. “With your vote, Joe’s going to go to Washington and work tirelessly to secure the border and bring you and your loved ones peace of mind.”

Gabbard’s departure from the Democratic Party was announced on an episode of her podcast that was released earlier this week. On that show, the Samoan-born former member of Congress described her party as an “elitist cabal of warmongers, driven by cowardly wokeness” and stated that she could no longer be part of it.

I’m honored to be endorsed by @TulsiGabbard! Tulsi is leading the political realignment to put our families & our nation 1st. This movement is about our common love for our nation, not political labels. Join us & lets take our nation back! pic.twitter.com/Hq4j7TuqqN

Speaking to Timcast, Joe Kent had the following words of gratitude in response to news of her endorsement:

I’m honored to be endorsed by Tulsi Gabbard, she is a fellow veteran & leading the political realignment of Americans breaking free from the political labels that divide us. Tulsi a leader in calling out the neocon/neoliberal establishment’s drive to keep us involved in foreign wars & the expansion of the police state. The political realignment happening today is about using our common love of our nation to finally fight for Americans above all else.

Kent explained that he and Gabbard had been chatting for a few months after they were introduced to one another by Tucker Carlson, and the pair discovered they had a mutual friend who served a deployment with Gabbard. 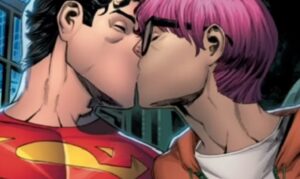