Tucker Carlson pondered whether or not the Biden administration deliberately botched the Afghanistan withdrawal during his show on Thursday evening.

An attack by ISIS-K left 13 U.S. service members and dozens of civilians dead earlier in the day.

Carlson’s guest Glenn Greenwald was discussing how there are elements in the political establishment that would like us to to remain in Afghanistan. The conversation led to the host questioning if there was a possibility that there was an interest in screwing it up to justify future engagement in the region.

“I never want to be a conspiracy nut at all, but I mean, everything you said is true so far. So is it worth at least wondering–this is such an obvious screwup. You and I have no experience running a military or a logistics withdrawal. I can’t even organize my garage, but even you and I would probably do a better job of withdrawing than these guys,” Carlson asserted. “It was just like, it was comically bad. Is it possible that they had an interest in making it bad to justify future engagement? Or is that too much to even speculate about?”

Greenwald added that the Central Intelligence Agency has long been suspected of manufacturing conflict to gain public support for war.

“Well it is speculation,” responded Greenwald, “but for the last seven years, the CIA has been doing things exactly like what you just described: concocting events, manufacturing conflicts, all to induce the American people to rise up in anger and support whatever wars that they wanted.”

Greenwald added that while he has not seen evidence of it in Afghanistan, “I can definitely tell you it’s fully within the character of the deep state operatives to do this. They’ve been doing it forever and that’s why we have to stop trusting them.”

“Exactly,” Carlson replied. “I mean, it was always going to be bad, withdrawal’s bad, it’s bad. There’s no reason for it to be this bad. So it does make you–it definitely makes you wonder.” 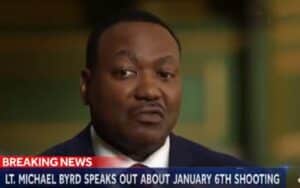