Attendants were asked to submit their favorite for the 2024 Republican presidential nomination anonymously.

Trump came in first place with 59 percent of the votes from the 2,574 attendees.

Removing Trump from the hypothetical ballot gave DeSantis a landslide victory, with 61 percent of the vote, including two-thirds of Trump supporters.

A massive 97 percent of the attendees said that they approve of Trump.

While the former president has not officially announced a 2024 campaign, he has been dropping hints that one can be expected — including during his speech at CPAC on Saturday night.

“[Democrats] are going to find out the hard way starting on November 8, and then again even more so in November 2024. They will find out like never before. We did it twice. We will do it again. We are going to be doing it again a third time,” Trump said.

The CBS report added that “Ninety-nine percent of attendees said they disapproved of Mr. Biden, and 98% said they ‘strongly’ disapproved of his policies. As for the greatest threat to the country, 61% said Mr. Biden’s ‘incompetence,’ followed by 35% who said China and 3% who said Russia.” 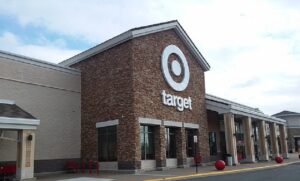