Trump Swipes At McConnell: 'He Should Be Impeached' If Debt Ceiling Is Eliminated With His Support

Speaking to John Fredericks, who served as the Trump campaign chairman of Virginia and runs a top-rated conservative talk radio program, former President Trump mused that the Democrats must “have something” on Senate Minority Leader McConnell.

The topic was broached after Fredericks mentioned discussions about eliminating the debt ceiling that were recently raised.

“It’s crazy what’s happening with this debt ceiling. Mitch McConnell keeps allowing it to happen. I mean, they ought to impeach Mitch McConnell if he allows that,” Trump said. “Frankly, something has to be — they have something on him. How he approves this thing is incredible.”

Democrats in the lower chamber, led by Pennsylvania Representative Brendan Boyle, have led the charge to remove the fiscal limitations in order to prevent incoming Republicans from making cuts.

According to Boyle, the only way to prevent economic disaster is to remove the limitations.

“It’s a loaded gun pointed at the U.S. economy, but fortunately, we actually have a chance to disarm it before it’s too late,” Boyle said. “If we don’t do this in November or December, we are going to seriously regret it come next year.”

When the topic crossed then-President Trump’s desk in 2017, the Oval Office provided him with a different perspective on fiscal spending. At the time, Trump was in favor of eliminating the debt ceiling calling it “not necessary.”

While Congress is able to take punitive measures against a member of the legislative body, legislators are not eligible for impeachment. Instead, with two-thirds of the vote from their chamber, a member can be expelled from the body. In the Senate, this has happened just once outside the confines of the Civil War. In the House, expulsion is even rarer and has only been executed five times. 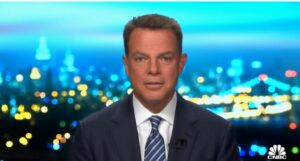