The lawsuit accuses James of acting with 'political animus'

Donald Trump has filed a lawsuit against New York Attorney General Letitia James that alleges her investigation into his business is an act of retaliation against him as a political opponent.

James, a Democrat, has spent almost two years investigating the Trump Organization for possibly committing fraud by misrepresenting real estate values on official bank and tax documents with the aim of lowering its tax obligations.

A similar probe is being led by Manhattan District Attorney Cyrus Vance Jr.

“Her mission is guided solely by political animus and a desire to harass, intimidate, and retaliate against a private citizen who she views as a political opponent,” the lawsuit contends.

In early December, James said she was seeking to depose Trump as part of the civil probe. She set a Jan. 7 deadline. Trump’s lawyer Ronald Fischetti said he would file to block the subpoena.

A spokesperson for the Trump Organization referred to the investigation as a “witch hunt.”

“New York is being overrun by violence, children are being shot in Times Square, arsonists are setting Christmas decorations ablaze and homelessness is through the roof, yet the only focus of the New York AG is to investigate Trump, all for her own political ambitions as she attempts to run for Governor,” the organization said in a statement. “This political persecution is illegal, unethical and is a travesty to our great state and legal system.”

The lawsuit, filed on Dec. 20, did not mention the subpoena. It contends that James has a “personal disdain for Trump” and “points to numerous statements she’s made targeting him in recent years, including her support of ‘die-in’ protests against him, her boast that her office sued his administration 76 times and tweets during her 2018 campaign that she had her ‘eyes on Trump Tower’ and that Trump was ‘running out of time.’”

James announced her campaign to be New York’s governor in October.

“Letitia James targets President Trump with a callous disregard for the ethical and moral obligations she swore to abide by when she became Attorney General,” Alina Habba, an attorney for Trump, told CNBC.

“She has short changed the state by commencing this partisan investigation and has forever tarnished the sanctity of her office,” Habba said. “By filing this lawsuit, we intend to not only hold her accountable for her blatant constitutional violations, but to stop her bitter crusade to punish her political opponent in its tracks.”

In addition to a permanent injunction, Trump also wants a judge to issue a declaratory statement affirming that James jas violated his right to free speech and due process.

In a statement responding to the lawsuit, James said:

“The Trump Organization has continually sought to delay our investigation into its business dealings and now Donald Trump and his namesake company have filed a lawsuit as an attempted collateral attack on that investigation.

“To be clear, neither Mr. Trump nor the Trump Organization get to dictate if and where they will answer for their actions. Our investigation will continue undeterred because no one is above the law, not even someone with the name Trump.”

As a result of James’s investigation, charges have been filed against Trump Payroll Corporation and Allen Weisselberg, the Chief Financial Officer of the Trump Organization. 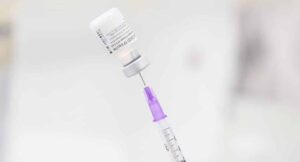