Trump Says That if 'Dumb-ss' Gen. Mark Milley Worked With China He Should Be Tried for Treason

Former President Donald Trump has issued a statement about Bob Woodward’s new book that alleges Gen. Mark Milley secretly met with Chinese military officials because he feared the then-president was gearing up for war with them.

Trump said that Woodward’s claim was fake news, but that if it is true, the “dumbass” general should be tried for “treason.”

“If the story of ‘Dumbass’ General Mark Milley, the same failed leader who engineered the worst withdrawal from a country, Afghanistan, in U.S. history, leaving behind many dead and wounded soldiers, many American citizens, and $85 Billion worth of the newest and most sophisticated Military equipment in the world, and our Country’s reputation, is true, then I assume he would be tried for TREASON in that he would have been dealing with his Chinese counterpart behind the President’s back and telling China that he would be giving them notification ‘of an attack,’” Trump said in the statement. “Can’t do that!”

However, Trump went on to say that the story was fake and “concocted by a weak and ineffective General together with two authors” who he says he declined to be interviewed by because they “write fiction.” 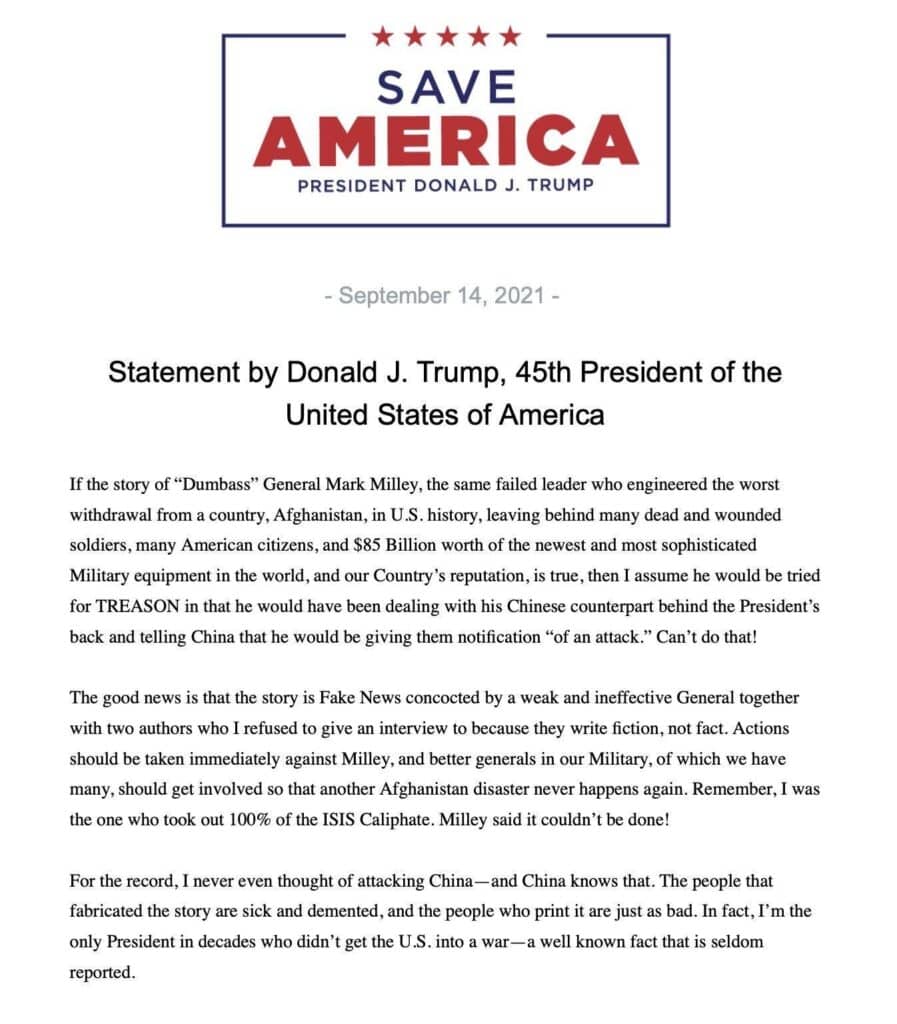 “The good news is that the story is Fake News concocted by a weak and ineffective General together with two authors who I refused to give an interview to because they write fiction, not fact. Actions should be taken immediately against Milley, and better generals in our Military, of which we have many, should get involved so that another Afghanistan disaster never happens again. Remember, I was the one who took out 100% of the ISIS Caliphate. Milley said it couldn’t be done,” the statement continued.

Trump added, “for the record, I never even thought of attacking China — and China knows that. The people that fabricated the story are sick and demented, and the people who print it are just as bad. In fact, I’m the only President in decades who didn’t get the U.S. into a war — a well known fact that is seldom reported.”

The news about Milley has prompted calls for his termination by many prominent Republicans, including Sen. Marco Rubio.

“I do not need to tell of you the dangers posed by senior military officers leaking classified information on U.S. military operations, but I will underscore that such subversion undermines the President’s ability to negotiate and leverage one of this nation’s instruments of national power in his interactions with foreign nations,” Rubio said in a letter to President Joe Biden. 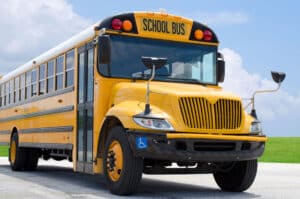 8 responses to “Trump Says That if ‘Dumb-ss’ Gen. Mark Milley Worked With China He Should Be Tried for Treason”