'The Radical Left Democrats Have Weaponized Everything, But Remember, That Is A Dangerous Two-Way Street!'

“The Democrats should have never done it, the Supreme Court should have never approved it, and it’s going to lead to horrible things for so many people,” the former President wrote Friday. “The great USA divide will now grow far worse.”

“The radical left Democrats have weaponized everything, but remember, that is a dangerous two-way street!” Trump continued. “The ‘Trump’ tax returns once again show how proudly successful I have been and how I have been able to use depreciation and various other tax deductions as incentives for creating thousands of jobs and magnificent structures and enterprises.”

The former President cited a Dec. 22 Forbes article titled, “Yes, Trump Is Still A Billionaire (Even Though He Paid So Little In Taxes).”

“Trump’s assets are worth an estimated $4.3 billion, making his net worth $3.2 billion after accounting for $1.1 billion of debt,” the outlet wrote. “The former president owns real stuff—mansions, golf courses, office buildings—that throw off real cash, even if his tax returns might suggest otherwise.”

“The D.C. hotel opened in 2016 and, by 2018, Trump had already declared tax losses of $55.5 million there, according to the Times,” the article continued. “Still, the property is worth something. One investor offered $175 million for it before the coronavirus decimated the hotel industry. The Trumps turned that offer down. Forbes now figures the hotel is worth closer to $168 million.”

“Wrong, just sold the Hotel for almost $400 million,” Trump said in response to Forbes’ estimation. “Many of their other numbers are wrong too, but by even bigger proportions. But that’s O.K., being wrong doesn’t matter to the Fake News!”

“The Democrats have reached a new low in the greatest political persecution of any President in history,” wrote Georgia House representative Marjorie Taylor Greene. “There is nothing wrong with [Trump’s] tax returns, it’s all completely legal, and if there were, the IRS would have prosecuted him.”

“Trump’s tax returns are, in truth, terrific,” said podcaster Mark Levin. “Now, let’s get the Pelosi, Schumer, Biden S Corp, Roberts, Garland, and all the others!”

“There is no legitimate legislative purpose for their action. And if you look at what they’ve done, it’s so sad for our country,” Trump previously said, addressing Congress’ decision to release his tax returns. “It’s nothing but another deranged political witch hunt which has been going on from the day I came down an escalator in Trump Tower.”

“Although these tax returns contain relatively little information — and not information that almost anybody would understand — they’re extremely complex. The radical Democrat’s behavior is a shame upon the U.S. Congress,” Trump continued. “This precedent must now be applied to the corrupt Democrats themselves.”

“Biden is a corrupt politician who spent years selling out America all over the world, including to communist China,” Trump continued. “The American public deserves to know the truth.” 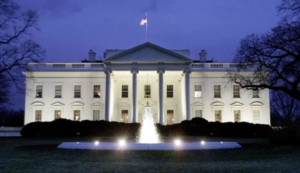