Trump Responds to Biden's Speech, Says That He 'Threatened America' and 'Must Be Insane'

Trump asserted that Biden "threatened America, including with the possible use of military force."

Former President Donald Trump has responded to President Joe Biden’s “Battle for the Soul of the Nation” speech, in which he called “MAGA Republicans” a “threat to this country.”

Trump’s response consisted of a series of posts to his social media platform Truth Social, in which he speculated that the president “must be insane or suffering from late stage dementia.”

“Someone should explain to Joe Biden, slowly but passionately, that MAGA means, as powerfully as mere words can get, MAKE AMERICA GREAT AGAIN!” Trump wrote in one of the posts. “If he doesn’t want to Make America Great Again, which through words, action, and thought, he doesn’t, then he certainly should not be representing the United States of America!” 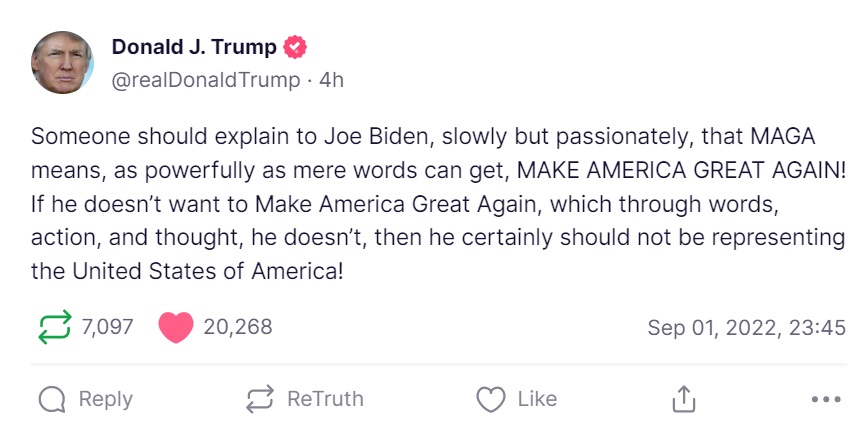 “If you look at the words and meaning of the awkward and angry Biden speech tonight, he threatened America, including with the possible use of military force. He must be insane, or suffering from late stage dementia!” Trump continued in another post.

The former president also posted a side-by-side of himself smooching a flag and Biden’s speech from Thursday evening. 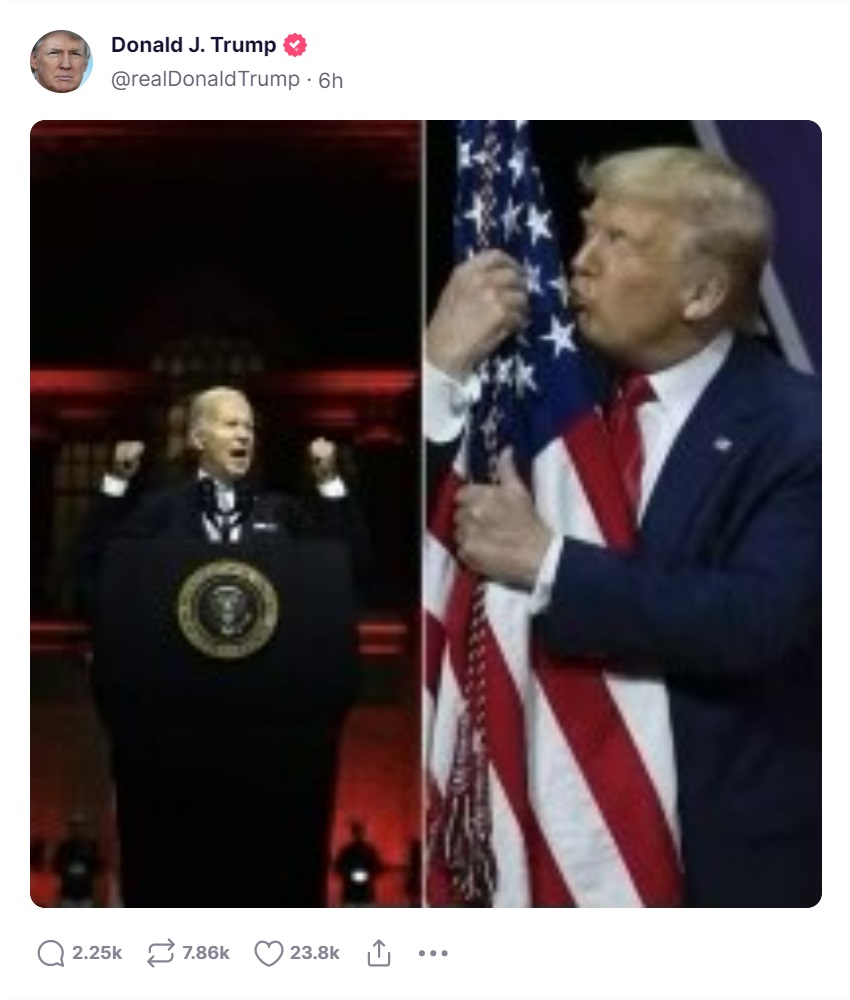 Biden delivered the speech on Thursday evening outside American Independence Hall in Philadelphia, Pennsylvania. As he spoke, dark red lights glowed on the building behind him and two Marines stood to either side.

During the speech, the president declared that “Donald Trump and the MAGA Republicans represent an extremism that threatens the very foundations of our republic.”

The president stated that he is the president for “all Americans,” before continuing to blast those who preferred his opponent.

“MAGA Republicans do not respect the Constitution, do not believe in the rule of law. They did not recognize the will of the people and refuse to accept the results of a free election,” Biden said. “And they’re working right now, as I speak in state after state, to give power to the side elections in America. To partisans and cronies, empowering election deniers and undermine democracy itself.”

Trump supporters, Biden said, are a “threat” to “the very soul of this country.”

“MAGA forces are determined to take this country backwards, backwards to an America where there is no right to choose, no right to privacy, no right to contraception, no right to marry who you love,” he continued. “They promote authoritarian leaders and they fanned the flames of political violence that are a threat to our personal rights, to the pursuit of justice, the rule of law, the very soul of this country.”

Over 74 million Americans voted for Trump in 2020. 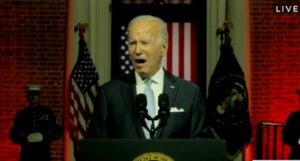