'Be Strategic, Be Smart' The Former President Said. 'The Entire World Is At Stake'

Former President Donald Trump offered to head a peace mediation between Russia, Ukraine and the United States following an alleged sabotage of Nord Stream 1 and 2 pipelines on Tuesday.

“Everyone is talking about the big hurricane barreling into Florida, as they should be, but perhaps a far more important event in the longer term was the announcement that the Nord Stream I & II Pipelines out of Russia (which I brought to the World’s attention as President when I explained how crippling reliance on it could be for Germany and other parts of Europe. Everybody laughed at the time, but they are not laughing anymore!) has been SABOTAGED. This could lead to major escalation, or War!” said the former President in a Truth Social post.

U.S. “Leadership” should remain “cool, calm, and dry” on the SABOTAGE of the Nord Stream Pipelines. This is a big event that should not entail a big solution, at least not yet. The Russia/Ukraine catastrophe should NEVER have happened, and would definitely not have happened if I were President. Do not make matters worse with the pipeline blowup. Be strategic, be smart (brilliant!), get a negotiated deal done NOW. Both sides need and want it. The entire World is at stake. I will head up group???

BREAKING: President Trump has offered to step in and mediate a peace deal between Russia, Ukraine and the US pic.twitter.com/TNfdChcoam

One Truth user posted a video showing a July 7 tweet from ABC in which President Biden offered the following remarks on the Russian invasion of Ukraine: “If Russia invades…then there will be no longer a Nord Stream 2. We will bring an end to it.”

In the video, a reporter mentions the project is in Germany’s control to which the President responds, “I promise you, we will be able to do that.”

Pres. Biden: "If Russia invades…then there will be no longer a Nord Stream 2. We will bring an end to it."

Reporter: "But how will you do that, exactly, since…the project is in Germany's control?"

Biden: "I promise you, we will be able to do that." https://t.co/uruQ4F4zM9 pic.twitter.com/4ksDaaU0YC

Leaders of foreign governments suggested Russia was responsible for the explosion.

“’Gas leak’ from NS-1 is nothing more that a terrorist attack planned by Russia and an act of aggression towards EU,” said Mykhailo Podolyak, who serves as an advisor to Ukrainian President Volodymyr Zalenskyy. “[Russia] wants to destabilize economic situation in Europe and cause pre-winter panic. The best response and security investment — tanks for [Ukraine]. Especially German ones.“

Twitter users, however, appeared to suggest the explosion of Nord Stream Pipelines was a false flag operation and perhaps the explosions were more nefarious than reported.

One user compared confusion around the alleged sabotage of Nord Stream 1 and 2 pipeline leak to the Gulf of Tonkin, which led to the United States’ direct involvement in the Vietnam war.

“I don’t know who blew up the Nord Stream pipelines. I do know that when solving a mystery, you look for motives,” said New York Times bestselling author Jim Rickards. “Russia has none; they can turn off the gas when they want. The U.S. has plenty: Blame Putin, escalate the war, advance green agenda, make EU dependent. Go from there.”

Neither President Biden nor the White House have released direct statements regarding the pipelines as of Wednesday. 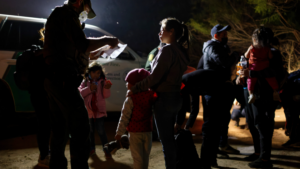