In a short statement about the controversy, Trump urged the podcaster to stop apologizing so that he does not look “weak and frightened.”

“Joe Rogan is an interesting and popular guy, but he’s got to stop apologizing to the Fake News and Radical Left maniacs and lunatics. How many ways can you say you’re sorry? Joe, just go about what you do so well and don’t let them make you look weak and frightened. That’s not you and it never will be!” Trump wrote in the statement, released through his Save America PAC.

Spotify, which has an exclusive deal to host The Joe Rogan Experience on their platform, was initially facing pressure from the left to censor the wildly popular show over some of his guests that have had different opinions about the pandemic than the mainstream media narrative.

On Saturday, the calls for censorship escalated when singer India Arie shared a compilation of Rogan using the n-word on the podcast, though it does not show the context of his use, which was primarily him quoting other people.

Rogan posted a video on his Instagram account addressing the controversy. He apologized for using the word and promised to include a more balanced view of the coronavirus and the vaccines.

Regarding his prior use of the n-word, he said “I know that to most people there’s no context where a white person is ever allowed to say that word, never mind publicly on a podcast and I agree with that now. I haven’t said it in years. It’s not my word to use, I’m well aware of that now.”

Rogan added, “I never used it to be racist because I’m not racist.”

India Arie, Neil Young, Joni Mitchell, and several other musicians have pulled their songs from Spotify in protest of their hosting of the podcast.

During a question and answer portion of the company meeting, employees pushed back on the lack of censorship, asking about things like “how employees’ work to advance diversity within the company can reckon with some Rogan comments.”

Ek told the employees that the solution is not to get rid of Rogan’s podcast, but perhaps to obtain more exclusive content from different perspectives.

He pointed out that there have been episodes of the podcast that did not make it onto the platform because they violated the rules. 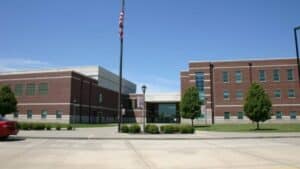