Trump Meets With Rittenhouse at Mar-a-Lago, Says He is a 'Nice Young Man' (VIDEO)

Trump announced their meeting during an interview with Sean Hannity on Fox News and said that Rittenhouse is “a nice young man.”

“Kyle, I got to know him a little bit,” Trump told Hannity. “He called and wanted to know if he could come over. He came over with his mother, really a nice young man.”

The former president added that Rittenhouse was subjected to “prosecutorial misconduct.”

“What he went through! That was prosecutorial misconduct. He should not have had to suffer through a trial for that. He was going to be dead,” Trump explained. “If he didn’t pull that trigger, that guy that put the gun to his head, in one quarter of a second he was going to pull the trigger, Kyle would have been dead.”

“He’s a really good young guy. He’s eighteen years old, just left Mar-A-Lago a little while ago, and he should never have been put through that,” Trump added.

Rittenhouse fatally shot Joseph Rosenbaum, 36, and Anthony Huber, 26, and shot and wounded Gaige Grosskreutz, 26, during a riot in Kenosha in August, 2020.

The jury found the teenager not guilty across the board.

“I was an innocent 17-year-old who was violently attacked and defended myself,” Rittenhouse told Tucker Carlson Tonight during a lengthy interview on Monday. “I feel my life has been extremely defamed … I don’t think I would be able to go out and get a job and not have to deal with harassment. But I’m at a place now … where I have to have people with me because people want to kill me just because I defended myself – and they’re too ignorant to look at the facts of what happened … I see some of the threats. Some of the things people say it’s absolutely sickening.”

Kyle Rittenhouse: “I have to have people with me because people want to kill me just because I defended myself.”

Tucker: “Are you confident that the government will protect you from these threats?”

Kyle: “I hope so, but we all know how the FBI works.” pic.twitter.com/AGbmlXRhzr 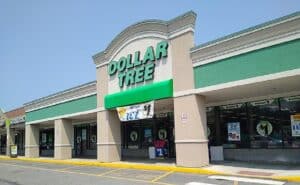