Attorneys want the U.S. Supreme Court to allow the special master to continue his review of classified documents

Lawyers for former President Donald Trump have asked the U.S. Supreme Court to intervene in a legal dispute with the Department of Justice (DOJ) over documents seized by the FBI in an Aug. 8 raid on Trump’s home in Palm Beach, Florida.

DOJ officials appealed her decision and in late September, the 11th Circuit granted a stay of Judge Cannon’s injunction preventing prosecutors from reviewing the classified material. The decision by the 11th Circuit allows the Justice Department to continue its review.

On Oct. 4, attorneys for Trump filed a 296-page emergency request with the U.S. Supreme Court to vacate the stay of the 11th Circuit’s ruling to, once again, prevent the DOJ from reviewing the classified material.

“The unprecedented circumstances presented by this case—an investigation of the Forty-Fifth President of the United States by the administration of his political rival and successor—compelled the District Court to acknowledge the significant need for enhanced vigilance and to order the appointment of a Special Master to ensure fairness, transparency, and maintenance of the public trust,” Trump’s legal team states in the filing.

They continued, “That appointment order is simply not appealable on an interlocutory basis and was never before the Eleventh Circuit. Nonetheless, the Eleventh Circuit granted a stay of the Special Master Order, effectively compromising the integrity of the well-established policy against piecemeal appellate review and ignoring the District Court’s broad discretion without justification.”

Trump’s attorneys argue that the stay issued by the 11th Circuit impairs “the ongoing, time-sensitive work of the Special master” and that limits on the “comprehensive and transparent review of materials seized in the extraordinary raid of a President’s home erodes public confidence in our system of justice.” 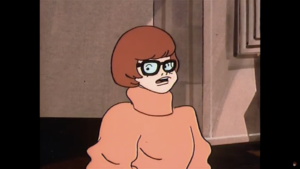 Velma Appears To Be Lesbian In New Scooby Doo Movie