Trump has been ordered to pay $10,000 each day that he does not comply with the subpoena

A judge in New York found former President Donald Trump in civil contempt of court after he did not turn over documents requested in a  subpoena by the state attorney general’s office.

Trump has been ordered to pay $10,000 each day that he fails to comply with the order.

Attorney General Letitia James called the ruling a “major victory” in a statement on Twitter.

“Today, justice prevailed. Our investigation into Donald Trump and the Trump Organization’s financial dealings will continue undeterred because no one is above the law,” James wrote.

James’s office has contended in a court filing that Trump sent “banks, insurers, and the Internal Revenue Service” a series of misrepresented financial statements.

Trump and his professional associates have denied this claim.

According to documents filed on April 22 by the attorney general’s office, investigators are seeking information from two of Trump’s personal devices and one of his company-issued phones. They have also asked for documents from specific locations, including “the files located in cabinets outside Mr. Trump’s office,” “the storage room by Mr. Trump’s office,” “the Executive Office storage closet” and “the file cabinets located on the 25th and 26th floors.”

In his ruling, Justice Arthur Engoron of the Manhattan Supreme Court said Trump and his legal team did not adequately show they had properly searched for the subpoenaed records. The former president missed the initial March 31 deadline to turn over the documents that had been set by the court.

James had requested Engoron hold Trump in contempt of court on April 25 after Trump was granted a one-month extension to comply. The AG has accused the former president of attempting to evade the law.

“Mr. Trump, I know you take your business seriously, and I take mine seriously,” Engoron said in a Manhattan courtroom on April 25.

Alina Habba, an attorney for Trump, said during oral arguments that her client did comply with the subpoena. She said he had given James’s office over 6 million documents from over 100 of his business entities spanning the last eight years.

“The contempt motion is inappropriate and misleading,” Habba said. “There are no more documents left to produce by President Trump.”

She called the attorney general’s probe into Trump’s financial records “political” and “truly a fishing expedition.”

“We’ve turned over everything as fast as possible. This is a waste of judicial resources,” Habba added, per the Sun-Sentinel. 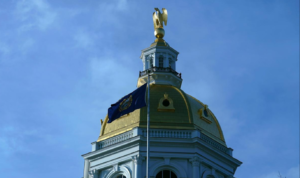