On Monday night, the House of Commons approved the extension of the Emergencies Act, following Prime Minister Justin Trudeau’s warning that the “state of emergency is not over.”

The move to confirm the emergency declaration passed 185-151, with the New Democrats voting in favor with the support of the minority Liberal government.

Now, the measures will be kept in place until mid-March.

However, the Senate, House, or government could withdraw approval and end the extraordinary measures set into action under the law.

Speaking to reporters on Monday, Trudeau stated some truckers outside Ottawa could be planning further blockades or occupations. His public safety minister said an attempt to block a border crossing in British Columbia occurred over the weekend.

Trudeau emphasized that his government does not want to keep the emergency power in action “a single day longer than necessary.”

“But even though the blockades are lifted across border openings right now, even though things seem to be resolving very well in Ottawa, this state of emergency is not over. There continue to be real concerns about the coming days,” he said.

The Royal Canadian Mounted Police noted that individuals who had their accounts frozen this past week were “influencers in the illegal protest in Ottawa, and owners and/or drivers of vehicles who did not want to leave the area.”

Finance Minister Chrystia Freeland said that those whose accounts were frozen had a simple resolution to the problem: “Stop being a part of the blockade,” she said.

The Freedom Convoy protest grew until it had closed three strategic Canada-U.S. border crossings and brought the capital city of Ottawa to a halt for more than three weeks. 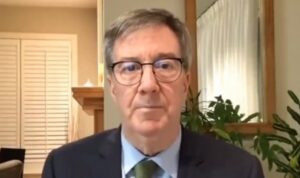